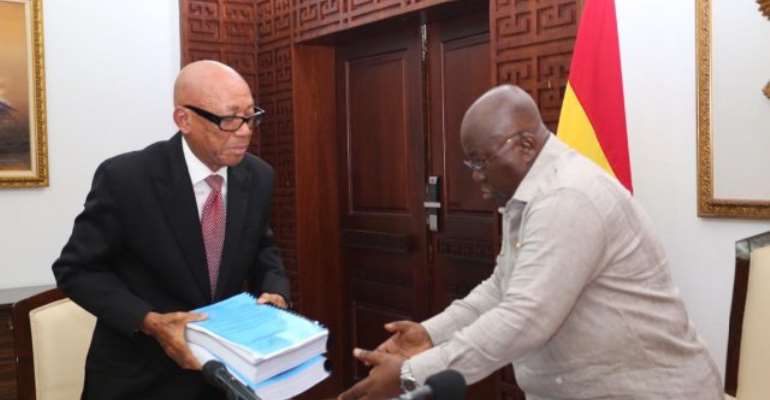 Justice Emile Short presenting the report to the President

The NDC says the feet dragging to make public the findings “is a blatant disregard for the principles of transparency and accountability that the President swore to uphold.”

They noted that although it boycotted the proceedings of the Short Commission, it believes that “the Ayawaso West Wuogon issue is a matter of intense national and international interest and that the people of Ghana deserve to know the findings and recommendation of the Commission.” 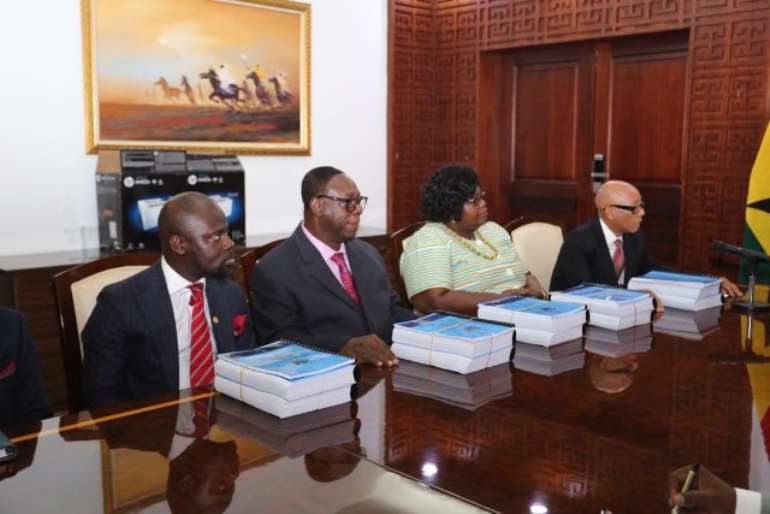 The parties National Communication Officer, Sammy Gyamfi, who signed the statement said what makes their demand imperative is that till date, the perpetrators of the violence at the bye-election who were captured live on videos, are still walking free.

“What is even more disturbing is that we still do not know the status of the police investigation into the said matter, despite assurances to the country,” he added.