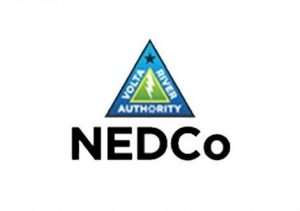 The Northern Regional Office of the Ghana Water Company Limited says a debt of GH¢51million owed it by customers, particularly state institutions, is seriously affecting its operations.

According to the company, some state institutions can owe it millions of cedis for water supplied them for a year.

The company says these financial constraints are largely to blame for the irregular water supply in parts of the region.

Public Relations Officer of the water company, Nicholas Nii Abbey says defaulters would have to settle their debts to keep the company afloat.

“We are facing challenges with power supply and when this happens we do not have power to continue producing and even pumping power to Koforidua and its environs. It has been intermittent. I can say this is the longest so far. It can go off for two hours, one hour, sometimes thirty minutes. For us to have power going off since afternoon around 2 is serious. We are worried. We are worried that it can have some negative impact on water supply in town.”

A few weeks ago, NEDCO asked the government to save the company from crippling financial difficulties by settling a debt of GHc 841 million owed it by Ministries, Departments and Agencies (MDAs).

The Commercial Manager of NEDCo, Thompson Nagaleb said very little has been done by the government to clear debts dating back to 2013.

“A large chunk of the commercial customers are MDAs and we have not received payment from the MDA since 2013 and that amounts to a little over GHc 841 million. We hope that the government will at the end get us this money to continue serving our customers,” he said.