Chief Bans Students From Roaming In The Night 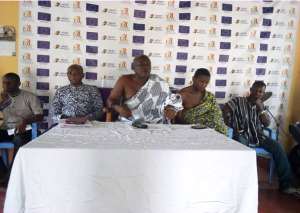 Nana Appiah Kubi Bekoe II, Kurontihene of Yabraso in the Tain District has imposed ban on school going children in his community to prevent the students from roaming idly on the streets after 9pm.

He has further warned that any person that would violate it should be ready to face the severe punishment.

The chief said students would be seen roaming idling in town at night instead of sticking to their books and for that matter, the decision taken is in the larger interest of students as they waste a lot of their time roaming, a move he thinks will help to improve the fallen standards of education in the district.

According to him, education is the bedrock of the country and urged students to focus on their studies and take their studies seriously prepare them for the future. He also advised parents not to shirk their responsibilities and proper education of their children.

Nana Appiah Kubi declared this when he addressed a gathering in a forum organized by the District Directorate of the National Commission for Civic Education (NCCE) as part of its Social Auditing engagements programme on the theme” Citizens for Transparency Accountability.

Mr. Koomson, who lauded the chief’s initiative to ban students from roaming after 9pm called on other communities in the district to emulate same and appealed to parents and guardians to support the initiative as we work towards improving the standard of education in the district.