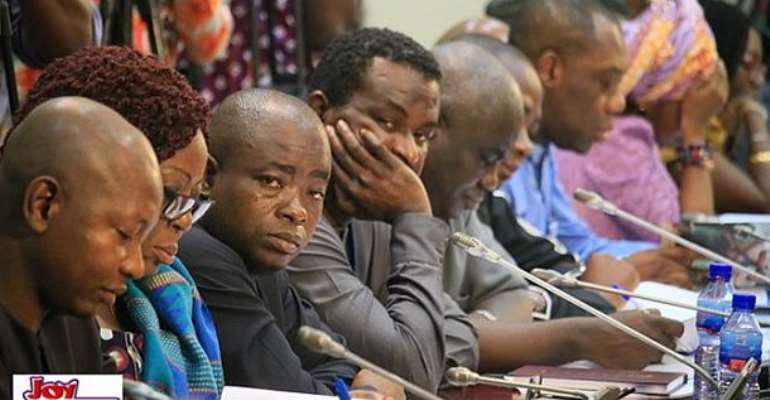 Speaking to the theme “Universal Health Care” the NPP MP who continues the unfinished tenure of the late Emmanuel Boakye Agyarko drew attention to the need to cite healthcare facilities within a citizen’s acceptable distance.

Her statement Monday was in commemoration of World Health Day observed every April 7.

Ghanaians should not have to travel long distances to access basic healthcare services, she indicated and highlighted the important role of Community-based Health Panning Services (CHPS) in deepening accessibility.

CHPS was introduced in 1990’s as hospitals were sited according to population size. It meant the sick in less dense populations would have to travel distances to get medical help.

Ghana now has at least 6,000 CHPS with some treating about 5,000 patients a year, she said, and described the centers as the most decentralised health form of healthcare.

The government, Lydia Alhassan revealed, is working with the World Bank, the Ghana Health Service and the National Health Insurance Authority to remove cost barriers for those who cannot afford the services at CHPS.

The Ayawaso West Wuogon MP pointed out, staffing these centers remains one of its biggest problems.

But while the MP spoke, the National Democratic Congress (NDC) MPs cast disinterested glances around the chamber. Minority Chief Whip Muntaka Mohammed turned down the Speaker’s invitation to the Minority caucus to wade into the statement.

“Mr. Speaker, you may pass on”, he responded.

The NDC has said it wants justice for their supporters brutally assaulted during the January 31, 209 by-election.

The party pulled out of the polls after it said the atmosphere of violence and intimidation was unconducive.

In the election where the NPP was expected to retain the seat, Lydia Alhassan eventually polled 68.80% of the valid vote cast. Her NDC challenger Kwasi Delali Brempong recorded 30.52%.