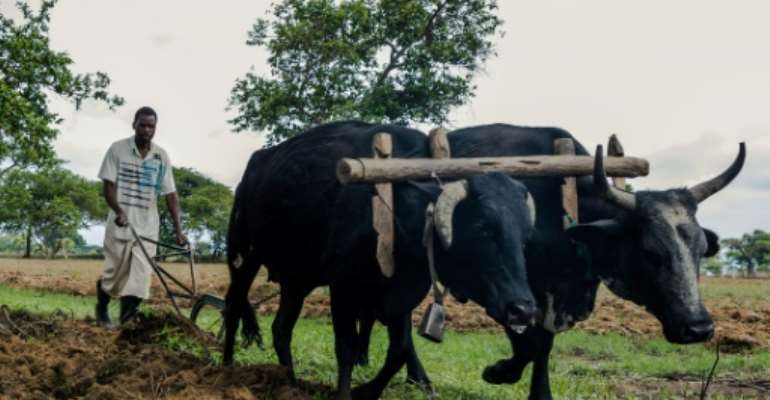 In a statement, the finance and agriculture ministries said they had budgeted 53 million Zimbabwean dollars ($18 million) in payments to "former farm owners affected by the land reform programme and who are in financial distress."

More than 4,000 of the country's 4,500 white farmers were stripped of their land under former president Mugabe's highly controversial land seizures.

Mugabe justified the land grabs as a way to correct colonial-era land ownership disparities that had favoured whites and to stimulate economic growth for black Zimbabweans.

Critics blame the evictions for a collapse in agricultural production that forced Africa's one-time bread basket to become dependent on imported food to feed its population.

Economic output fell by half following the land seizures which started in 2000 and the country's economy has struggled since then.

The compensation will only be paid for improvements the former farm owners made to the land. It will not be paid for loss of the land itself.

The organisation representing the farmers welcomed the government's move.

"This is a huge step by government in acknowledging that compensation is owed by them, that the delay has caused hardship and that they are now in a hurry to deal with this not only with this interim payment but also to agree on a global figure for improvements," the Commercial Farmers Union said in a statement.

It added that since "this is a limited fund, it is hoped that those who are not in financial distress do not take up the offer so as to maximise the effect on those not so fortunate".

The government's decision came after it carried out a valuation exercise of farm improvements.

The survey is expected to be completed by end of this month.

"The registration process and the list of farmers should be completed by the end of April after which interim advance payments will be paid directly to the former farm owners," the statement said.

"The completion of the work ... will enable the government and the former farm owners to progress towards closure of the land issue."