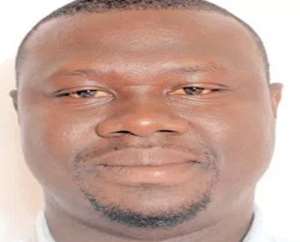 “Our worse is better than your best. And then you say ‘boot for boot?’ This one is more like boot for chale wote” – Dr Mahamudu Bawumia.

The week just gone by was a very interesting one for political activists and commentators. It was a week that saw the two leading political parties in the country parade their economic gurus to exhibit their economic prowess. The verdict was very obvious, wasn’t it?

Despite the plain insults and name-calling from the 'chale wote' team, which nearly marred the beauty of the debate, many of my folks agree that it was a useful exercise. The chale wote team, led by the 'Dog Meat Economist' did all it could, but the boot team, led by the ‘Walewale Adam Smith’, proved to be far better in words and deeds.

My compatriots and I had waited in anticipation for the advertised town hall meeting to be addressed by the Walewale Adam Smith. The general populace and importers, in particular, had cautioned that they did not expect the Vice-President and his team to engage in the usual 'long talk' without any solution. They threatened to make hell break loose if nothing of substance came out of the town hall meeting.

To the relief of all, except those from the Umbrella stock, practical solutions were espoused at the town hall meeting to ease the economic pressure on the Ghanaian importer. Ghana Union of Traders Association (GUTA) and other groups could not hide their gratitude at the action of the 'listening government'. They were also convinced by the facts and figures churned out to explain the reality and challenges thereof.

As expected, those from the Umbrella stock were not in the least enthused. They therefore quickly issued a press released advertising an economic dialogue to counter the so-called lies of the Walewale Adam Smith and his team. In short, they intended to pour a lot of sand in the ruling government’s gari.

Many were those who expected to hear counter policies from a group that is lacing its boots and hoping to succeed the current government. My compatriots expected to hear facts and figures to counter those released by the boot team the previous day.

How my compatriots were disappointed! All they heard from one speaker after the other was pure name-calling. All the speakers deliberately decided to denigrate the person and character of the Vice-President.

And why not, Abusuapanin? He was the man who single-handedly tore their Economic Management Team into pieces during the 2016. So they now delude themselves into believing that insults and name-calling will cast a slur on the man’s integrity and economic prowess.

From the reviews I’ve read so far, it is obvious that a chunk of the populace have rejected their modus operandi. Many were not impressed with what they did. A prominent journalist referred to it as “concert party”. Massa, insults and name-calling did not help them in 2016; so what makes them think insults and name-calling will do the trick this time?

According to the Dog Meat Economist, he would lose the efficacy of his 'langa-langa' if he was in the shoes of the Walawale Adam Smith. That is very apt considering the fact that the Dog Meat Economist has limp economic prowess. But the Walewale Economist has earned the efficacy of his langa-langa because he and his team have the economic acumen to guide the country out of the economic storm.

Of course, his langa-langa will function at optimum capacity when he hears that the 30% reduction on car imports is yielding the desired impact. If a Toyota Corolla that attracted GH¢22,000 duty is today being cleared at GH¢15,405 after the 30% reduction on car imports, is that not enough motivation for his langa-langa to perform at optimum capacity?

As a student of psychology, I’m tempted to believe that the Vice-President’s economic prowess is giving the Dog Meat Economist sleepless nights. So I suspect he was indirectly referring to the difficulties he is having with his limp langa-langa. Will someone tell him 'Adom kookoo' is a quick remedy?

The author has 170 publications published on Modern Ghana.

Documents Suggests Undervaluing Of Airport Company Assets To...
12 minutes ago