NDC lacks quality of the current EMT: Likely to be in opposition for a very long time - NPP UK Secretary Predicts. 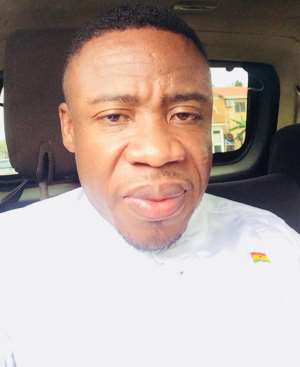 The Branch Secretary of the ruling government in United Kingdom, Dr Da Costa Aboagye has predicted that the NPP is likely to be in power beyond 2024 due to the ongoing good work by the economic management team headed by H.E Dr Mahamudu Bawumia, Vice President of the Republic of Ghana.

Speaking exclusively to MyNewsGH.com after the town hall meeting, Dr Aboagye said the foundation of every country’s success depends on the strength of her economy.

Without economic vibrancy, our country will continue to be poor and to build a resilient economic requires hard work and choices. “He noted”

According to Dr Aboagye , looking at a very weak economic performances under former President, John Mahama, when Ghana operated under a life support credit facility from the World Bank to stabilise the macroeconomic environment, policy credibility, a fast depreciating cedi, the current EMT’s remarkable performances significantly reversed a disastrous and distress situation within two and half years.

On the recent cedi depreciation, Dr Aboagye had earlier on suggested that the depreciation had nothing to do with the strong fundamentals of the economic but mainly due to the exiting of the IMF and external determinants.

Dr Bawumia, in presenting the state of the economy also noted that the cedi fall was largely due to external factors rather than weak fundamentals of the economy, unlike, in his opinion, it pertained in 2014 when he (Dr Bawumia), famously said: “If the fundamentals are weak, the exchange rate will expose you”. According to Dr Bawumia, “Factors such as the inflation rate, the balance of trade, the fiscal balance, money supply, are what we refer to as the fundamentals. But speculation and expectations about these fundamentals; external shocks such as oil price increases, can also have powerful short-term effects on the exchange rate.

“Ladies and gentlemen, you will recall that I stated in 2014 that: ‘If the fundamentals are weak, the exchange rate will expose you’. That was true then and it’s true now. It is 100 per cent correct. “ Dr Bawumia narrated”.

Dr Aboagye was hopeful that the choices of economic policies being implemented by the current EMT will soon yield the needed results to better the lives of Ghanaians. These will actually make Ghanaians vote massively for the NPP in 2020 and even beyond 2024.

He noted that when the benefits of the economic indicators are felt in the pockets of ordinary Ghanaians, it will take a very long time for the NDC to come close to power.

The current NDC also lack the quality of performances being exhibited by the current EMT and likely to be in opposition for a very long time. “Dr Aboagye noted”