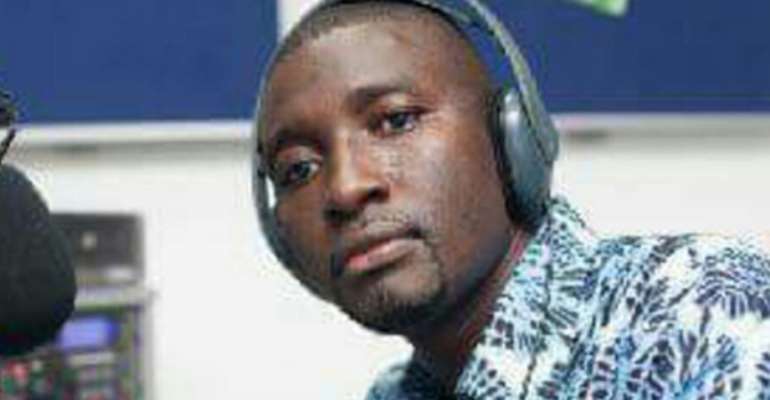 I read the call by Mr. Affail Monney, the President of the Ghana Journalists’ Association (GJA), with the utter contempt that it unreservedly deserves. In the press statement calling for Rev. Isaac Owusu-Bempah to be promptly arrested by personnel of the Ghana Police Service (GPS) and rigorously prosecuted, the GJA’s President clearly appears to have brazenly assumed Ghanaians to have such stunted memory capacity as to have so soon forgotten the brutal beating of one of Mr. Monney’s own junior colleagues at the Ghana Broadcasting Corporation (GBC) by then-Mahama Presidential Staffer Mr. Stanislav X Dogbe. In that incident, which occurred on the grounds of the 37th Military Hospital, in Accra, in the wake of a motor accident on the Accra-Ho Highway, absolutely no invocational reference was made to our Indemnity Clause-hobbled 1992 Republican Constitution to demand the prompt arrest and prosecution of the criminal suspect.

So why has the GJA President suddenly recovered his Christocentric religiosity to be now calling for what he had flagrantly and, perhaps, even deliberately failed to demand in the case of Mr. Dogbe? (See “Arrest And Prosecute Deviant Owusu Bempah – GJA” Modernghana.com 3/17/19). And just precisely what makes Mr. Monney presume to envisage Rev. Owusu-Bempah as a lower species of Ghanaian humanity and citizen, compared to Mr. Dogbe, who Mr. Alban SK Bagbin, the Second-Deputy Speaker of Parliament and the longest-serving National Democratic Congress’ Member of Parliament, recently described as the “Real Power” behind the Mahama Presidency? In the latter instance, as I vividly recall, Mr. Monney was scandalously apologetic, which made it seem as if the victim had actually demanded his own victimization and brutal mauling. The GJA’s President would barely plead with Mr. Julius Debrah, the strategically and expediently appointed Mahama Chief-of-Staff, to have the irreparably damaged state-owned digitized audiotape recorder, which had been damaged in the process of Mr. Dogbe’s brutal mauling of the young GBC’s broadcast reporter.

Absolutely no discussion of a reasonable sum of monetary compensation was demanded from the Mahama Presidency on behalf of the victim. Indeed, back then the GJA President, who presently appears to feel even bigger than President Addo Dankwa Akufo-Addo, politically speaking, that is, appeared to be visibly afraid of losing his GBC job, should he appear to be pushing too vehemently for justice to prevail. Indeed, rather than presume to demand undeserved justice for Mr. Mugabe Maase, one of the infamous Montie Trio of scofflaw Mahama Propagandists, what Mr. Monney ought to be talking about is the blood-dripping criminal record of the man who once threatened to have then-Chief Justice Georgina T Wood sexually violated, as well as the fact of whether the inalienable right to free speech and press freedom constitutionally authorized Mr. Maase to resort to the obscene and wanton character assassination of Rev. Owusu-Bempah.

You see, cheaply attempting to rope in the various Christian councils and associations, on grounds of Rev. Owusu-Bempah’s faith or religious confession, was nothing short of the patently absurd. If Mr. Monney is not clinically demented, then I really just don’t know what is psychologically wrong with the man, for the latter to so blasphemously imply that the founder and leader of the Glorious Word and Power Ministries International invariably speaks for the entire Ghanaian Christian Community. To be certain, I knew media practice in the country had sunk to its lowest ebb, when Mr. Monney so cheaply and deviously managed to get himself reelected the GJA’s President. I vividly recall back than demanding the formation of at least one or two national media/journalists’ associations.