Pay Us Our Money, We Are Dying—Student Loan Beneficiaries 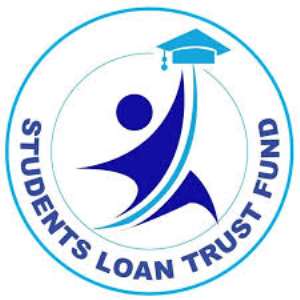 The Coalition of Students Loan Trust Fund (SLTF) beneficiaries have lamented over the neglect by government's neglect to pay their loans to meet the basic needs for their studies.

In a press release signed by leader of the coalition, Boakye Ntiamoah Godfred, government is rather focusing on Nursing and Teacher trainees to the neglect of the varsity students.

"The NPP government has also forgotten that university students don't take allowances but rather loans which supports their studies throughout their university education," he intimated.

Boakye Ntiamoah Godfred lamented the stress university students go through in order to survive on campus.

According to him, as a result of the delay in payment of the funds their colleagues are being prevented from writing exam while others sacked from their hostels for nonpayment of fees.

He called on NUGs and USAG to intervene on their behalf while calling on government to fulfill its obligation to university students who are beneficiaries of SLTF.

Below is the Full Press Release :

We extends warm greetings to the entire student populace, the media and the general public.

We the coalition of students loan trust fund (SLTF) beneficiaries wish to use this medium to inform the media and the general public about the neglect of SLTF beneficiaries who are university students by Government.

(1) The NPP government have ignored the university students and rather focusing only on Nursing and the teacher trainees.

(2) The government has sealed its ears to our cry and has forgotten their campaign promise to university students that they would increase the SLTF by 50% when voted into power.

(3) The NPP government has also forgotten that the university students don’t take allowances but rather loans which supports their successful studies through university education.

(4) The government have failed to pay the students loan on time. Students were turned away from writing their exams last semester because they were not able to fulfill their financial obligations to their various institution.

This semester money too has been delayed. The semester is almost at the end and the student loan has still not been disbursed.

(5) Students are asked to vacate their hostels because they have not paid the hostel rent fees in full.

Students on the fund are therefore saying enough is enough government.

In conclusion, we are calling on NUGs and USAG to intervene on our behalf and appeal to government to fulfill its obligation to university students who are beneficiaries of the SLTF.