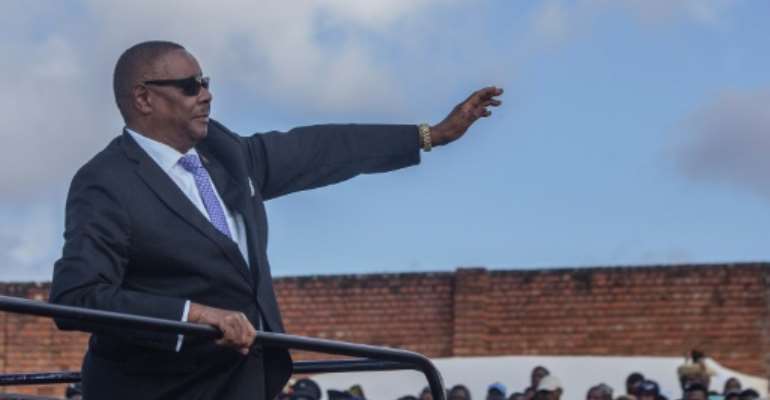 Malawiâ€™s President Peter Mutharika launched his Democratic Progressive Partyâ€™s manifesto and election campaign Sunday, ahead of next monthâ€™s elections where he will seek a second and final term in office.

Mutharika, who has been in power since 2014, will face tough opposition, including from his own deputy Saulos Chilima, at the May 21 election.

"This is the most important campaign since 1994 when Malawi attained multi-party democracy," Mutharika told over 5,000 supporters at the Kamuzu Institute of Youth in Lilongwe.

"This year we choose between going forward or going backwards."

His government has been dogged by several high-profile cases of corruption and nepotism.

Last November, Mutharika himself was forced to return a $200,000 donation from a businessman facing a corruption case in a $3-million contract to supply food to the Malawi police.

But on Sunday he told his supporters: "In 2014, we made promises and kept the promises.

"We are government that has done more in the last five years than any government has done in the history of Malawi.

"We are ready to take Malawi further from poverty to prosperity," he told the jubilant crowd.

And he held his hand out to the opposition, calling on them to "just come and join us so that we build together, because they are not presenting any new ideas".

Mutharika, 78, defeated the incumbent Joyce Banda in the 2014 presidential elections. Next month, he faces three challengers, including his own Vice President Chilima.

Chilima, 48, quit Mutharikaâ€™s party to form the United Transformation Movement, while staying on as vice president. Under Malawi law, the president cannot fire the vice president.

Former baptist preacher Chakwera, 64, is running with the support of former president Banda.

The party entered into a parliamentary alliance with the president's party after Muluzi came fourth in the 2014 elections.

About half of Malawi's 18 million population live below the poverty line, according to the World Bank, and the country relies on foreign aid.

Food shortages, power outages and ballooning external debt have hurt Mutharika's popularity ahead of the vote.