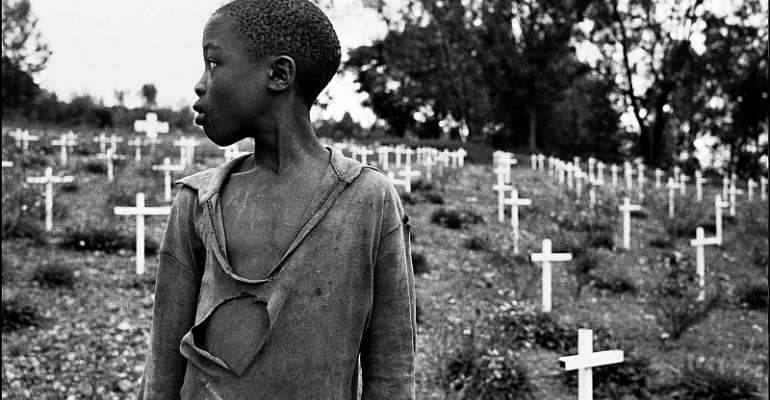 The dangerous global trend towards hate-filled, divisive politics shows that world leaders have collectively ignored the terrible lessons of the 1994 Rwanda genocide, Amnesty International said today as the world marks the 25th anniversary.

“It is shameful that the conscience of world leaders is all too often pricked only in the aftermath of massive atrocities; then as soon as the news moves on, politicians around the world go straight back to peddling the hateful and dehumanizing rhetoric that fuels these horrific incidents in the first place,” said Kumi Naidoo, Amnesty International’s Secretary General.

In just 100 days between April and July 1994, more than 800,000 people were killed, the vast majority of them Tutsi who were targeted in a deliberate government attempt to eliminate their ethnic group. Some Hutu opposed to the genocide were also targeted.

The genocide was planned. The interim government that took power after President Juvenal Habyarimana died when his plane was shot down over the capital Kigali deliberately demonized the Tutsi minority. They chose to manipulate and exacerbate existing tensions and used the hatred they had fostered as a tool in a deadly attempt to hold on to power.

“On this terrible anniversary, we stand in solidarity with the victims, their families, and the survivors of the genocide in their pain and sorrow. Remembering these events must serve to reawaken our conscience and arouse our shared humanity. We are all human beings with the very same human rights and desires for a life free from abuse or repression,” said Kumi Naidoo.

The rise of the politics of demonization, as documented by Amnesty International , continues to seriously erode human rights. Politicians seeking to win votes at any cost have cynically and systematically tried to scapegoat certain people based on parts of their identity – including religion, race, ethnicity or sexuality – often in an effort to distract from the failure of governments to deliver basic human rights provisions that would ensure economic and social security. This has resulted in prominent world leaders pushing dangerous “us vs them” narratives, instilling fear and repression where there should be unity in humanity and respect for human rights.

In the 25 years since the genocide, the world has witnessed countless crimes under international law as well as human rights violations, often driven by the same tactics of exclusion and demonization used in 1994 by the then Rwandan government in the run up to the genocide.

In Myanmar in 2017, after decades of discrimination and persecution of the predominantly Muslim ethnic Rohingya by the State, more than 700,000 people were forced to flee to neighbouring Bangladesh after a vicious campaign of ethnic cleansing carried out by the military.

Amnesty International and other organisations have documented that thousands of Rohingya were murdered, while rape, torture and other abuses were part of the widespread and systematic attack on them. Thankfully, a UN investigation has called for senior military officials to be investigated and prosecuted for crimes against humanity and genocide. A preliminary investigation is also taking place in the Office of the Prosecutor of the International Criminal Court.

And with several elections, which are often a flashpoint for politics of demonization, scheduled to take place this year, including in India and the EU, world leaders must commit to do politics differently.

“After the genocide in Rwanda, the world agreed that hateful, divisive politics must not be allowed to take root again. Yet time after time we have watched in mortified horror as more mass atrocities are committed. We should be learning from these tragedies, like New Zealand seems to be doing, by practising kinder politics that champion our common humanity and allow us to cherish our differences,” said Kumi Naidoo.

Rwanda will begin 100 days of commemorating the 25th anniversary of the 1994 genocide from 7 April.

In just 100 days between April and July 1994, about 800,000 people were killed in an organised campaign to eliminate the Tutsi ethnic group.

Community courts, known as Gacaca jurisdictions, tried more than two million peoplein the aftermath of the genocide. The UN International Criminal Tribunal for Rwanda convicted 62 people, including former high-ranking government officials and others who played a role as masterminds of the genocide.