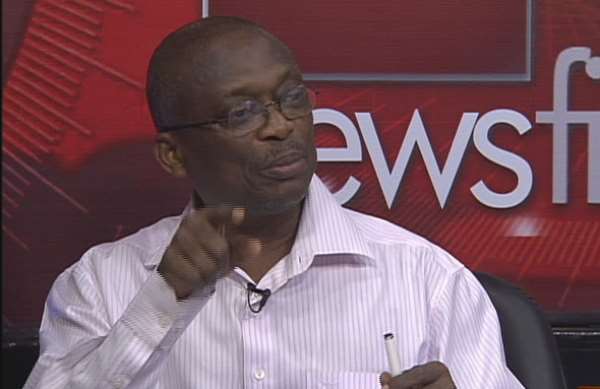 Now, I don’t know the crime and/or misdemeanor that the Deputy Electoral Commissioner committed to prompt Mr. Abdul-Malik Kweku Baako, for the Editor-in-Chief of the New Crusading Guide newspaper to cavalierly presume to call Dr. Bossman Asare to order by asking the EC’s man in charge of Finance and Administration to both “watch his words” as well as his “body language,” when dealing with the leaders of some political parties, especially leaders of the country’s main opposition National Democratic Congress (NDC) – (See “Check Your Body Language – Kweku Baako Advises Deputy Electoral Commissioner” MyJoyOnline.com / Ghanaweb.com 3/30/19; also, Modernghana.com 3/31/19).

To be fair to the Editor-Publisher of the New Crusading Guide, Mr. Baako did not specifically mention any political party by name, but it was unmistakably clear that Mr. Baako was referring to the National Democratic Congress, and specifically to the publicly expressed ire of the longtime General-Secretary of the NDC, Mr. Johnson Asiedu-Nketia, vis-à-vis the fact of whether the administrators of the Electoral Commission (EC) had adequately consulted with the NDC on the EC’s decision to reconstitute a new Voters’ Register in the leadup to the 2020 general election. Mr. Asiedu-Nketia, who is also popularly known as “General Mosquito,” claims that the decision by the EC to create a new Voters’ Register was not discussed at the most recent Inter-Party Advisory Committee (IPAC), involving representatives from all the country’s legitimately registered political parties.

The EC’s operatives have responded to the foregoing claim by stating that while, indeed, the planned reconstitution of a new Voters’ Register had not been brought up as one of the main topics on the agenda of the latest IPAC meeting, nevertheless, this matter was briefly brought up and explained in terms of the imperative need for the establishment of a Voters’ Register that all Ghanaians were agreed upon had integrity and was not either insufferably or unacceptably contaminated with the names of underage registrants and foreigners who had not fulfilled any significant primary tax obligations to the country since the last general election was held. Indeed, it cannot be gainsaid that the preceding observations are clearly beyond debate. But, of course, we are here far more concerned with the rather annoying and scandalous attempt by Mr. Baako to draw into the fray the professional conduct of Dr. Kwadwo Afari-Gyan as an emulative model for Dr. Asare who, like the retired EC Chief, is a former lecturer of Political Science and American-educated like Dr. Afari-Gyan.

No such example could be more incongruous or flagrantly out of place. And on this count ought to be promptly added that Dr. Afari-Gyan reigned so long at the EC because of the dastardly shenanigans of the NDC’s leaders and his unabashedly Nkrumah-leaning political and ideological proclivities, as well as the internecine squabbles within the New Patriotic Party, and not because of any uniquely relevant skills and/or talents that the disgraced former EC chief brought along with him to the job. Now, as to how the Editor-Publisher of the New Crusading Guide found it within the generous confines of his heart to so bizarrely laud Dr. Afari-Gyan as an exemplary EC Chair staggers my imagination. We are talking about a man who bluntly told the Atuguba-chaired Supreme Court panel adjudicating the 2012 electoral impasse that he had absolutely no idea of just what constituted “overvoting” and “under-voting.”

He would also flatly and adamantly refuse to lawfully expunge the criminally registered names of underage citizens from the Voters’ Register and, instead, claim that he preferred the dubious persuasion of these prosecutable registrants to voluntarily either deciding not to vote, or simply boycotting the polls on election day, which was highly unlikely, particularly since these underage registrants had been bribed by executive party charlatans to vote for one party or another. So I really don’t understand why Mr. Baako would so scandalously trot in the name of Dr. Afari-Gyan as a classic example of an EC operative who carefully “watched his choice of words” and his “body language” while dealing with volatile “issues that can spark political controversy and tension.” Mr. Baako, of course, needs absolutely no reminding that Dr. Afari-Gyan, like Mr. Asiedu-Nketia (aka General Mosquito), scarcely had any ample or remarkable corpus to worry about any body language.

And has the Editor-Publisher of the New Crusading Guide so soon forgotten that it was the same Dr. Afari-Gyan who told off the leaders of the then main opposition New Patriotic Party, including the now-President Akufo-Addo, when these leaders demanded to have ballot recounts in some blatantly fraud-wracked polling stations. “If you don’t like the results, you can go to court!” Is Mr. Baako telling Ghanaians that the preceding virulently intemperate conduct of Dr. Afari-Gyan’s is worthy of emulation by the likes of Dr. Bossman Asare? Then, also, ought to be recalled the retired EC Chair’s devious and temporally unconstitutional decision to adamantly create some 35 electoral districts and/or constituencies with only some four months before Election 2012, rudely ignoring the experienced and authoritative advice of former President John Agyekum-Kufuor. Is this what he means when the Editor-Publisher of the New Crusading Guide says that Dr. Afari-Gyan could be really tough when he wanted to? I mean, precisely what sort of “Body Language” are we talking about here, Big Brother Kweku? Come on, give us a break!