Why African Leaders Are Easily Deceived By Foreign Governments 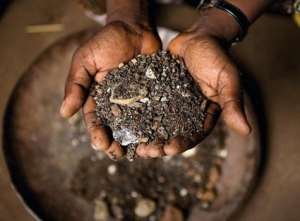 There is a saying that: Every food tastes good in the mouth of those who don’t know how to cook. It’s not an exaggeration; the same thing applies to African leaders. Since they are lazy, inefficient, corrupt and not knowledgeable, they believe in every lies foreign governments tell them, without a slight knowledge of their mischievous plans which have decimated Africa.

Porous weak borders and security, have played significant roles in Africa’s political crisis, unrest, economic depression, and underdevelopment. The continent is now like a cow being milked by foreign governments every day, while the African population who owns the cow have no milk to drink to nourish themselves.

The African continent has long remained a storehouse for the US government, due to its easily accessible mineral resources of significant reserves of oil, gold, diamonds, rare non-ferrous and precious metals.

America actually lost its firm grip on Africa, after the majority of African countries had independence and lost again to China. Therefore, building military bases in Africa, under the guise of combating terrorism, crime, and drug trafficking, were very easy to convince ignorant and lazy African leaders expecting miracles from heaven.

Due to the underdevelopment in Africa, of which African leaders have no immediate solution, skills, and knowledge to tackle the problem, they see foreign powers as their ‘Messiah,’ to develop their countries, without a slight knowledge of their real intentions on the continent.

Of great importance to the United States is the strategic position of Africa. Since 2008, the US African Command - AFRICOM, operates with its center in Stuttgart (Germany). AFRICOM is responsible for all African countries, with the exception of Egypt.

The activities of this unit of the US armed forces are mainly limited to the creation of small air bases in Entebbe-Uganda, Ouagadougou-Burkina Faso, and in the Niger region, Ethiopia, and Seychelles, based American unmanned aerial vehicles (UAVs).

In addition to the air bases, there is a military base in Djibouti, where about three thousand soldiers are concentrated. As a result, Americans have the ability to track conflicts on almost the entire African continent and, if necessary, intervene in them.

Another significant American interest in Africa is oil production. The United States receives about 8% of the oil they import from Nigeria, and they are seeking to put under their control of prospective oil fields in Sudan and Ethiopia.

Since 2015, approximately 25% of oil imported to the United States is of African origin. The main countries with which the vital interests of the United States are associated are Egypt (as a participant in the Middle East conflict), Nigeria, Angola and South Africa (as countries possessing exceptional reserves of natural resources).

It, therefore, makes sense because of the oil in Ghana, the US government had wanted to build its base in the country but the Ghanaians showed them that they aren’t stupid.

In addition, Africa is a continent with weak borders and corrupt politicians, where one can easily conduct experiments on Africans and no one will know about it. Under the supervision of the World Health Organization, such medical experiments were carried out on the Ugandan population- (Dr. Wolff Geisler's research.)

In the midst of the Ebola epidemic, a well-known Liberian doctor told the local media that Ebola had been vaccinated in Liberia, Nigeria and Sierra Leone as part of the American malaria vaccination program.

It is noteworthy that the Pentagon-financed the development of a vaccine against Ebola, and the State Department has a patent for this virus stamp. Interestingly, these countries have a lot of oil, diamonds, and gold.

Since Ebola is a biological weapon created by US military scientists, for war purposes to subdue enemies, Obama sent troops to those countries. If you look at it from the other side, it is easier for the military to cover the plunder of the necessary resources from these countries.

Another benefit for the United States from the African continent is the endless stream of migrants to Europe. Under the guise of combating terrorism, conflicts in African countries, one can easily put pressure on the European Union, managing the flow of migrants.

Uncontrolled migration makes European countries more accommodating when there is an antidote in the hands of the United States or a way to solve their problem.

Due to the reason above, the USA has two main competitors in Africa, the European Union, and China. But since the EU has followed the instructions from Washington for the last 10 years, the main rival in this region, as well as in Latin America, is China.

China has already penetrated very deeply into the African continent, not only with its goods and shops but also with finances and culture. In a number of African countries, Chinese money builds infrastructure, railways, pipelines, schools, etc. Due to this, the popularity of Chinese culture is growing.

African youth are keen on martial arts, the language, tea-drinking culture, etc. China has thrown a significant challenge to the United States, the former slave masters and is ready to provide assistance almost free of charge, as part of its development program, agreeing in return to finance the development and mining of minerals.

China is a dynamically growing economy that requires a lot of resources and energy.

The truth is that the US presence in Africa will remain at the same level since they are parasites feeding on Africa. The most important question which only God knows is: Will Africa suffer another biological weapon after Lassa fever, Aids and Ebola?

Above all, how long will African leaders remain silent for such crimes to take place in Africa? What is the essence of the International Criminal Court? Why do they go after African leaders for war crimes but not the United States government for unleashing biological weapons on the African population and chemical weapon on Iraqis?

Do African leaders enjoy people calling them stupid, ignorant and other horrible names because of their outrageous behavior which questions their integrity?

Europe and America will always continue their activities in Africa, destabilize our economy, take control of our precious minerals, mining fields, and stimulate demand for American weapons from African countries.

Their pharmaceutical companies will always make money out of the misery of poor Africans; just like how they are benefiting from Ebola medicine they made called ‘Ebobun.’

Many of their medicines sent to Africa for Aids patients are heavily contaminated and extremely dangerous that many Aids victims simultaneously had tuberculosis. (This can be read in Dr. Wolff Geisler's book: Aids, Origin, Spread, And Healing.

I am still confused because I can’t find any tangible reasons Africans are wasting their precious time voting for such selfish and incompetent leaders who only care about themselves and their families.