Woman Goes To Bed With Flat Stomach, Wakes Up With Baby Bump 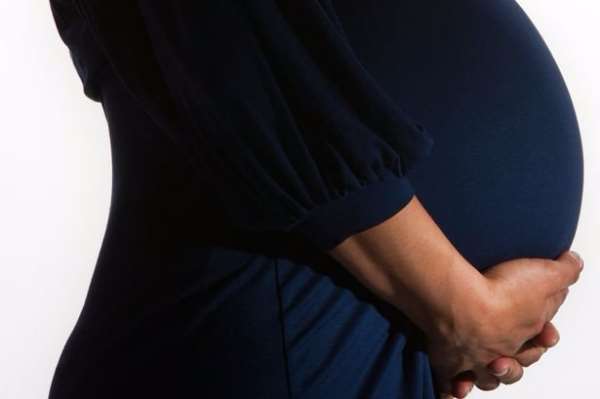 A 19-year-old woman from the UK went having no idea she was pregnant and going to give birth to a healthy baby girl, literally overnight, after going to bed with a flat stomach and waking up with a full-on baby bump.

On the morning of July 17, 2018, 19-year-old Emmalouise Leggate got the shock of her life. She woke up with a baby where there hadn’t been one the night before. Alarmed, the teenager called her mom, who in turn contacted her grandmother Louise to see if she could make sense of the bulging belly. Louise could tell it was a baby bump the moment she saw it, so she drove Emmalouise to the hospital and had her wait in the car while she went in to find a midwife. Only by the time she came back, the teen had given birth in the backseat. She had only noticed the baby bump 45 minutes earlier.

The midwife came out thinking I was about to give birth and it was an unknown pregnancy. She asked how long I thought I had and was I timing it,” the 19-year-old recalled. “But then opened the car door and she was already there. I had already given birth to her.”

Except for missing her periods, which she assumed had something to do with being on contraceptive pills, Emmalouise had experienced no pregnancy symptoms. She had no morning sickness or unexplained cravings, never felt the baby kick and had no noticeable baby bump, so she never even considered getting a pregnancy test.

“I had no bump. I had put on a bit of weight, so my mum was suggesting we go out walking and do different things to burn it off because I kept going on about my weight,” Emmalouise said. “The weight was across my full body, more in my arms, legs and face than anywhere else. My stomach never grew.”

The teen claims that she just woke up the morning she gave birth to her second baby, Ciara, and the bump had just popped up out of nowhere. Doctors told her that the baby must have been sitting in her lower back, which apparently is quite common.

Although she considers Ciara a blessing, Emmalouise told Kennedy News and Media that she would rather have such surprise pregnancies in the future. She has replaced the birth-control pills with a coil and regularly gets pregnancy tests, just to be sure.

More Weird News
Modern Ghana Links
Chinese Restaurant Operator Uses Opium To Get More Customers
Man gets tens of thousands of birthday calls after sons post his phone number on billboards
Mysterious Condition Makes Woman's Breasts To Grow Heavily
Tamasco Students Performed Final Funeral Rites, Burial Service Of Core Maths
Unbelievable: At The Airport Passengers Should Be Weighed Before Flying
The Day I Will Never Forget Is The Day I Had An Accident
Filipino Man Has Been Nailed To A Cross Every Good Friday For 33 Years
Check Out Japan's Famous Aquarium Toilet
Grandmom Gives Birth To Her Own Granddaughter
Dossiers Quotes Coronavirus
TOP STORIES

U/E: I'll Restore Jobs Of Collapsed Banks’ Staff Who Were La...
4 minutes ago