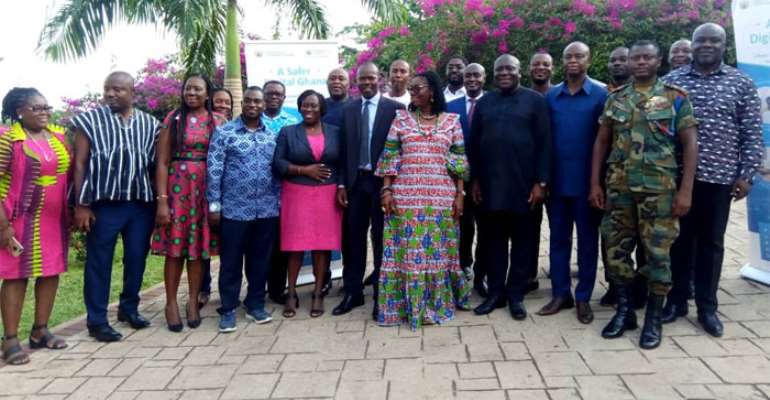 Participants in photograph after the event

Minister of Communications, Ursula Owusu-Ekuful, made this known on Friday at the Lansdown Hotel, Aburi, during the opening session of the National Cyber Security Technical Working Group’s first retreat for 2019.

She says ECOWAS and the World Bank have also adopted Ghana’s National Cyber Security Technical Working Group concept for implementation in other parts of the sub-region.

According to her, the concept has been touted as being very effective in the fight against cyber crimes.

According to the Minister, from 7.9 million internet users in 2017, Ghana has recorded a total of 10.3 million users in 2019, representing 3 million increase in a spate of two years.

She stated that Government was working hard to secure the cyber ecosystem in Ghana, urging the Technical Working Group to also assists their counterparts in West Africa.

Meanwhile, Mrs. Owusu-Ekuful called on the youth across the country to be mindful of the dangers of social media and the sort of items or pictures they share of themselves online.

She stated that young people must be aware of the longterm adverse implications of posting nude pictures of themselves on the internet.