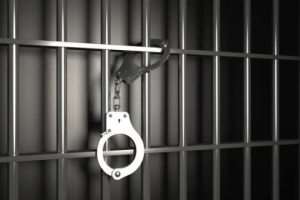 14 people believed to be Chekosis have been arrested by the police in the Saboba district of the Northern Region.

They were arrested in one of the villages in the area on suspicion of a planned attack on a Konkomba community.

The suspects are expected to be transferred to Tamale.

There was a near clash again in the Chereponi District when some Anuful women went to a stream to wash their clothes.

According to reports, some Konkomba men ambushed them at the streamside, canned them and burnt their clothes.

The women later went home and reported the incident.

The violence at Chereponi was ignited last month when unknown assailants opened fire on Nawieku, a Chokosi community in the district, injuring one person.

In late March 2019, six persons out of eight suspects who were arrested in connection with the violence between the Chekosis and Konkombas were remanded into police custody.

Three persons lost their lives and more than 20 communities were burnt in the latest violence.

Some students of the Chereponi Senior High School fled the school premises following clashes in the town.

The Overload of Dagbon, Yaa Naa Mahama Abukari II subsequently sent a delegation to the troubled Chereponi and Saboba districts to seek for peace.