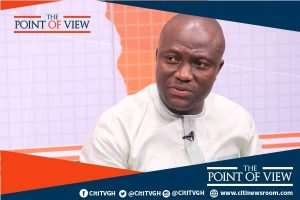 Mayor of Accra, Mohammed Nii Adjei Sowah says the country needs to focus on enforcing the existing regulations on the use of motorcycles popularly known as ‘okada’.

According to him, when the issues of risk and safety about the use of motorcycles are addressed, a conversation about legalization can be considered.

There have been talks for a review of the law banning the commercial operation of motorbikes by amending the law to regularize its operations or maintain its current form and punish offenders.

Parliament has already received petitions from two bodies pushing for the legalisation of okada.

But the Mayor of Accra, tells Citi News the safety concerns ought to be the focus of the conversations.

“I want us to get this discussion; it is because of the fact that people don't respect the safety rules and the road traffic regulations. So, we should go back to the roots and deal with the issues. Whether it [motorcycle] is for my friend or it is used commercial purposes is totally irrelevant in my candid opinion. What is more important is the enforcement of the law.”

There has been an increase in Okada operations in the country, particularly in the Greater Accra Region, following failure by the police to enforce the law.

Statistics from the Police Motor Traffic and Transport Department show that 200 motorcyclists lost their lives in 2010.

The Speaker after a discussion on the matter of regularizing Okada referred the subject to the Roads and Transport Committee to suggest how to deal with the phenomenon.

The Minority Chief Whip, Muntaka Mubarak has made a strong case for the legalization of motorcycles and tricycles for commercial purposes popularly known as Okada.

But, First Deputy Speaker, Joe Osei Owusu, says the safety concerns associated with the use of Okada and its excesses does not make it a viable mode of transport, hence the ban should be in place.

His concerns follow the Transport Minister's call on the Inspector General of Police (IGP) to arrest persons who use motorcycles, popularly called Okada after 9:30 pm.

Let's be cautious about lifting ban on 'okada' – Lecturer warns

A lecturer at the planning department of the Kwame Nkrumah University for Science and Technology KNUST, Dr. Camynta Baezie is urging the transport ministry to be cautious about calls for the review on the ban on the use of motorcycles for commercial purposes.

He argued that the economic argument should not shroud the safety risk and other dangers associated with the business.

Dr. Baezie cautioned against a resolution that will not be thorough.

“You can't just use any motor bike at all if you have to use it on commercial purposes. First of all, educate the public, the users of it before we consider lifting it [ban]. You just can't say, because it provides jobs , I am going to lift the ban, just for the sake of it. Else, the next thing we see is that, we are going to have an escalation of accidents where strong people are going to be dying. In the end we will be killing our youth in the country.”