Samsung Warns Its Profits Will Drop 60% As Smartphone Demand Slumps 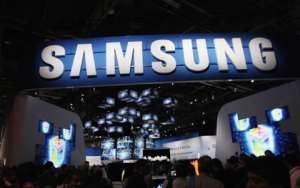 Samsung is feeling the chill from cooling global demand for smartphones. The South Korean technology giant said Friday that it expects operating profit for the first quarter to plunge by 60% compared to the same period year ago.

Samsung warned last week that its earnings would be hit by slowing demand for memory chips and display panels, a sign that device makers and their suppliers are coming under pressure.

It expects to report a sales decline of roughly 14% when full earnings are published later in April.

Samsung is the world's biggest seller of smartphones. But it also has a huge business making key components for rival handset manufacturers. That means it suffers on both fronts when the industry runs into trouble.

The global market for smartphones shrank more than 4% in 2018 and could contract again this year, according to market research firm IDC.

China, the world's biggest market for the devices, has been particularly weak . Apple stunned global markets in January when it said iPhone sales would come in lower than expected.

A range of factors are hurting the industry, including increasingly saturated markets, consumers replacing their phones less often and frustration over rising prices.

Some analysts think the downturn in earnings could be short-lived.

Investment research firm Fitch Ratings pointed out that demand for advanced chips was rising in areas like autos and industrial sectors, with Samsung well-positioned to benefit.

"We believe that Samsung's results are likely to recover towards the end of this year," Fitch analyst Shelley Jang wrote in a note to clients Friday.