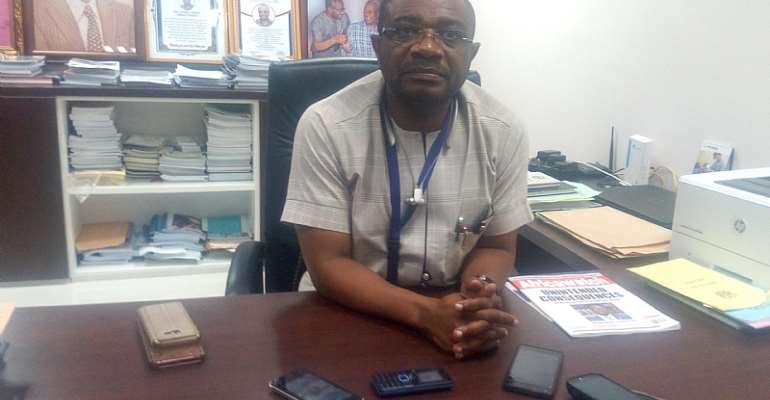 Ranking Member on the Youth, Sports and Culture committee of Parliament, Kobena Mensah Woyome is urging government to make public the report of the investigations on the Australia visa scandal that rocked the nation during the 2018 Commonwealth Games in Glasgow, Australia.

His call follows media reports that former Deputy Minister, Pius Hadzide has been cleared of any wrongdoing.

According to Mr Woyome who is also the Member of Parliament for South Tongu, it is important for the generality of the Ghanaian public to be made aware of the outcome of the findings of the incidence which has brought so much international shame and ridicule to the country.

The MP who has nothing against the exoneration of the Minister expressed surprised at the news report that some persons including the deputy Sports Minister have been cleared but the public is kept in the dark about the content of the report.

He stated that it is important for the general to know what really went wrong to help clear the negative image created of the country before the international community.

The Ranking member maintained he does not begrudge the acquittal of the former deputy minister but the Ghanaian people deserve to know what the issues actually were in terms of who impersonated Journalists to the Gold Coast, Australia Commonwealth Games in July, 2018.

According to the Police CID, no wrongdoing was established against the former Deputy Minister and those culpable have been forwarded the Attorney General for prosecution.

The exoneration of the Minister is believed to be contained in the relevant segment of the report of the Disciplinary/Grievance/Dispute Resolution Sub-Committee submitted to the Ghana Olympic Committee (GOC) Executive Board on 15th February, 2019.

According to him, all were expecting Government to release the report for the general public to know what really happened for lessons to be learnt to inform the future but the CID just mentioning that the former Minister was cleared was not enough.

The Issue Ghana’s participation in the 2018 Commonwealth Games in Gold Coast, Australia Games was marred by several incidents of visa fraud and racketeering which led to the deportation of about 60 persons from Australia.

It emerged that government had supported them to go to games under the pretext of being journalists but found to lack basic journalistic tools like smartphones, recorders or cameras and had no idea about the sporting disciplines they were there to cover.

The government after several criticisms referred the case to the National Security for investigations.