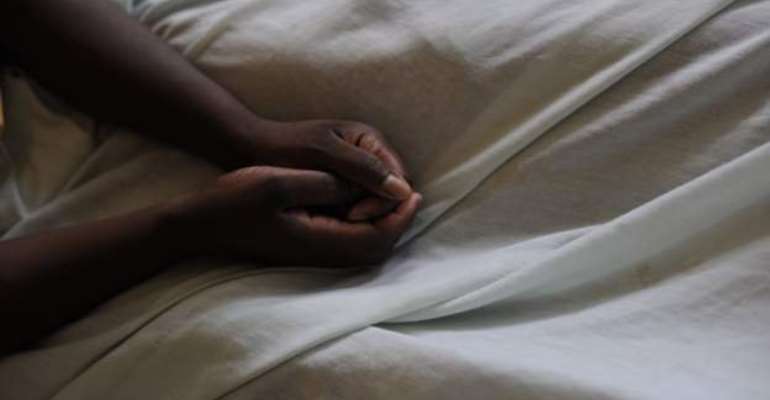 “When I returned from school, he sent me again and upon my return, he told me to put the item in his room. He followed me and forcibly had sex with me, threatening to kill me if I tell anybody,” she narrated her ordeal.

According to her, as if that was not enough, he walked her to Egya Kooko’s who also forcibly had sex with the 11-year-old.

Her mother said she observed traces of blood in the victim’s urine amidst vomiting but she had no money to seek medical treatment for the girl.

“My daughter’s teacher called me from school and told me she had been vomiting blood and I pleaded with a neighbour to help register her for National Health Insurance Scheme so I could take her to the hospital.

“Sadly, I was told I could only use the card once done until after a month, so a good samaritan helped me to send her to the hospital,” the mother said.

Hope on the horizon

Although the victim later underwent a medical examination at the Assin Manso Government Hospital to confirm she had been sexually assaulted, her mother could not raise the funds for proper care.

A local NGO, Women’s Wealth to Health, subsequently stepped in and the victim successfully had minor surgery on Wednesday at the Suntreso Government Hospital.

One of the suspects, Asiedu was arrested, put before the court and granted bail but his accomplice, Kooko is on the run.

Ahead of Asiedu’s return to court on April 30, personnel of the Domestic Violence and Victims Support Unit (DOVVSU) at Mamponteng told Luv News the court has reportedly referred the case for an alternative dispute resolution.

According to the source, the court is allegedly supervising a ¢1000 settlement between the suspect and mother of the victim.

However, Luv News’ checks at the court found that it has not given any such order but the mother of the victim disclosed that the police have given her ¢500, supposedly from relatives of one of the victims.

“The family of one of the suspects came to beg asking that we settle the case because their epileptic son is not well. They told me to quantify my medical expenses so they take care of it.

“Although, I told them I have so far spent ¢1000 they gave me ¢500. Later to my surprise, they wanted to spread the arrangement to cover the other suspect who is at large,” she said.