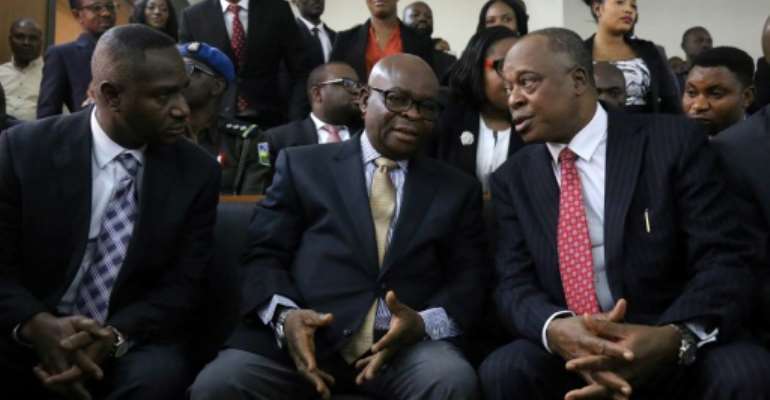 Nigeria's most senior judge has resigned, his lawyer said on Friday, less than two months after he was charged with non-declaration of assets that government critics said was politically motivated.

President Muhammadu Buhari suspended Onnoghen just weeks before elections in February, prompting outrage and claims he was trying to manipulate the judiciary.

As head of the Supreme Court, Onnoghen could have ruled on any disputes relating to the election, which saw Buhari, of the All Progressives Congress (APC), win a second term of office.

His beaten rival, Atiku Abubakar, from the Peoples Democatic Party (PDP), has launched a legal challenge to the result, after calling the election a "sham".

Onnoghen's resignation came a day after the regulatory body for judges, the National Judicial Council (NJC), recommended he should be compulsorily retired from service.

Onnoghen was charged with failing to declare foreign currency bank accounts, in contravention of rules governing declaration of assets for public officials.

Buhari then suspended and replaced him, prompting accusations of executive over-reach and even an attempted "coup" against the judiciary. Lawyers protested on the streets.

A request to remove the chief justice normally has to be approved with a two-thirds majority in the Senate.

Buhari expressed frustration that the Supreme Court had overturned a number of corruption convictions, including of some opposition politicians.

Further adding to claims the case was politically motivated was the initial complaint, which was made by a former spokesman for Buhari.

Onnoghen has since appeared before the Code of Conduct Tribunal, which rules on alleged breaches of ethics involving public officials.

The embattled judge denied the charges and this week closed his defence at the tribunal after calling one witness. Final submissions are due on April 25.