﻿Gov't To Hunt Down Illegal Importers 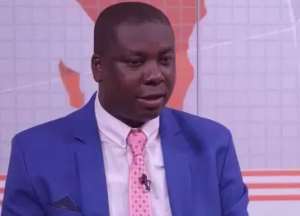 The spokesperson for Vice President, Dr. Mahamudu Bawumia, Dr. Gideon Boako has disclosed that government would soon embark on a nationwide clampdown on illegal importers as part of measures to maximize revenue generation.

He said some importers smuggled through unapproved entry points from neighbouring West African countries a move he said is denying the state huge sums of money needed for development.

Speaking on “Mpu ne Mpu” with Nana Yaa Konama on UTV, he cautioned the importers involved in the criminal acts including truck drivers and their agents to desist from the criminal activity to avoid prosecution.

Vice President Dr Mahamudu Bawumia and Chairman of the Economic Management Team (EMT) in a town hall meeting on Wednesday, said, benchmark value of import duties have been slashed by 50 per cent while importers of vehicles will enjoy a 30 per cent.

According to Dr Boako, the recent reduction in import levies should encourage illegal importers to channel their products through the right avenues to ensure effective revenue mobilization for national progress.

The government's decision to reduced taxes while putting in place measures to mobilize more revenue domestically shows how government is keen on responding to financial challenges and therefore any attempt to thwart government’s efforts will face tough resistance “he added “.

Dr Gideon Boako, explained that the reduction in the benchmark import values at Ghana's ports by 50%, and 30% is significant, and will yield long term returns therefore importers should ensure that it also reflects in the lives of the ordinary Ghanaian.

He explained that the Vice President Dr Bawumia and the Economic Management Team, upon thorough investigation into the concerns raised by importers and Ghanaians regarding high import duties, have come up with an opportunity to help Ghanaian importers by reducing import levies drastically and this alludes to fact that, the Akufo-Addo administration is a listening government that always have the interest of Ghanaians at heart.