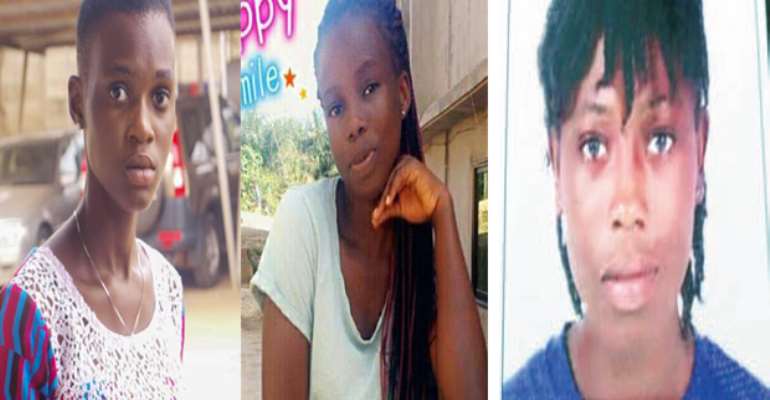 The new Western Regional Minister, Kwabena Okyere Darko-Mensah, has given the assurance that the three girls kidnapped at the Sekondi-Takoradi metropolis would be brought back to their respective families very soon.

According to the Minister, “the Police are working very hard and they have done a lot of work with regards to finding our girls.”

He stated that “I want to assure all the residents that together with President Nana Addo Dankwa Akufo-Addo and the security agencies, we will definitely bring back the kidnapped girls.”

The Regional minister’s comment followed claim by the Criminal Investigations Department (CID) of the Ghana Police Service (GPS) that Police have discovered the whereabouts of the three girls kidnapped.

The first victim, Priscilla Blessing Bentum, aged 21, and a third year student of the University of Education, Winneba, lived with her parents at Diabene, near Takoradi.

The second victim, Ruth Love Quayson, 18, had just completed Fijai Senior High School in Sekondi and lived with her parents at Diabene, near Sekondi.

She was kidnapped on December 4, 2018, at Butumegyabu (BU) junction in Takoradi.

Priscilla Mantebea Koranchie, aged 15, is the third victim and a first- year student of Sekondi College, who lived with her parents at West Fijai, near Sekondi is the third victim. She was kidnapped on December 21, 2018, at a spot near Nkroful.

Addressing the media on his arrival at the Takoradi Airport last Thursday after being sworn in as the new Regional Minister, Mr Darko-Mensah remarked that “we know the Police have done this before so I know they will help in this too.”

Mr Darko-Mensah pledged to enhance the safety of residents in the Region despite the recent security challenges.

He indicated that the security of the people and businesses in the Region were critical in attracting investors to the area.

He said, “I believe security is very paramount in attracting investors to the Western Region.”

Mr Darko-Mensah stated that despite the influx of foreigners into the Region as a result of the oil find, his administration would work hard to resolve security problems in the area.