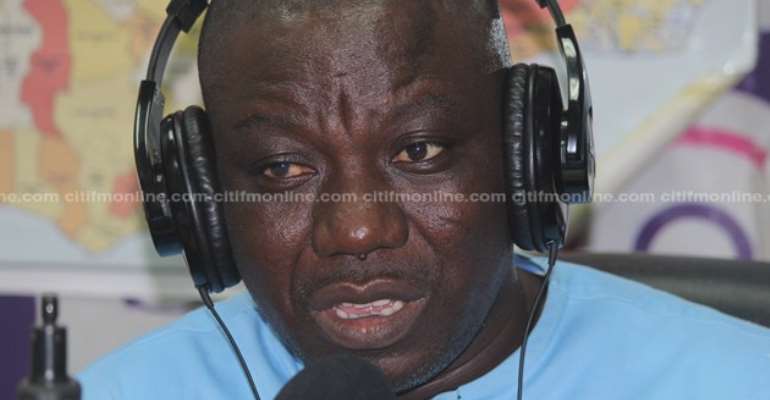 In 2016,we were told that, the party(NDC) was in a comfortable lead cruising to victory according to their own internal collations they did when the NPP had already predicted a massive win even before the the EC came out to make pronouncement that was known to everybody.

Yesterday,"i took time out of my busy schedule" to listen to Hon.Isaac Adongo's lecture we were told, it was going to counter Dr Bawumia's credible claims on the management of the economy under the NPP.

To my surprise, the said lecture was more or less like a platform to outdoor their flagbearer who was overwhelmingly rejected in 2016 as a result of monumental incompetence.Some of the speakers who mounted the podium spoke to please John Mahama to jokingly assure him of his chances of winning the 2020 election.

The NDC we have known them are always interested in winning the next election and nothing else. In this write up,i will demonstrate why the public lecture was full of hogwash,aspersions,personal attacks, and senseless innuendos.

Even before they came to deliver the insipid public lecture which has become the biggest mockery,they told us that,the economy was seriously sick and instead of treating it,the Akufo Addo government is only using a painkiller to treat it.

Assuming without admitting that,the said claim is something to go by,when they had the opportunity to do a serious prognosis concerning their purported claim,were they able to prescribe any medication to cure what they talked about? absolutely NO. If you want to be treated as a serious practitioner,medication should be the next line of action after any prediction about an ailment.

One thing i found curious in his presentation was the justification for going to IMF for a bailout, he said that,the NDC had to go to IMF to stabilise the depreciation of the cedi. According to Isaac Adongo( loan defaulter),we went to IMF not because we were in serious economic distress but rather a move to stabilise the cedi after their mess triggered" accelerated depreciation of the cedi".

The question is ,didnt we see serious depreciation of the cedi in 2015? Adongo should kindly get a copy of their Senchi-economic forum report and peruse.When he is done,he should come and apologise to Ghanaians for peddling that falsehood. We went to IMF because the economy under Mahama was limping to its worst state.

Seriously, Adongo is the biggest joke we have in this country. If he doesnt know why we went to IMF, he should seek guidance from the minister of finance under mahama. The truth is,we went to IMF as a result of fiscal indiscipline. Typical example includes the following,investment in gyeeda,sada,woyome's fraudulent payment,the waterville loot as well as Isofoton and the likes.

It is instructive to note that, when IMF came in to manage our economy,we were told to cut the wage bill and the effect was that,government was stopped from recruiting graduates from the university.That was the time we had the unemployed graduates association of Ghana.

Even in their own presentation when they bashed this government for a upwards adjustment in the wage bill,they praised themselves and told you and I that, they did well by keeping their's down. This is clear evidence that,this government has reduced the unemployment canker by recruiting more graduates and the end result was seen in their presentation as an upwards adjustment in the wage bill.

According to Adongo and his group, a reduction in your wage bill is a celebrated achievement.The fact of the matter is that,when there is a reduction of your wage bill,it is either you are not paying wages and salaries to public sector workers or you arent recruiting at all. So how can this be achievement?

Adongo's argument about Ghana's public debt should have reminded him of his public disgrace when his picture was published on the front page of daily graphic as a loan defaulter. How can some one who couldnt settle his financial obligations with GN bank have the temerity to score a cheap political point with our public debt? Has he forgotten where our public debt was when Mills took over in 2009?

Under the NDC,we went to china to procure a $2b loan,in that agreement,the chinese put in penalty clauses as a conditionality,we couldnt meet the conditionality so we paid in excess of $200m only on penalties yet we couldnt get the full loan.