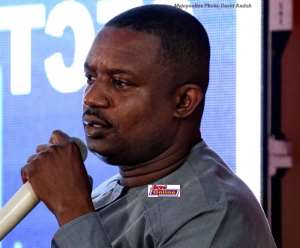 President Akufo-Addo's government has been criticised for doing little to expand access to electricity despite having the resources to do more.

Former Deputy Power Minister John Jinapor has said access has, in two years, increased by only 1% under the Akufo-Addo government.

The former Mahama government did 8% every two years, he contrasted at an economic lecture billed as a response to the government’s Town Hall Meeting organised Wednesday.

John Jinapor, who spoke about the energy sector, pointed out the former government’s strategy for a long-term solution to Ghana’s energy troubles was to increase power generation capacity, resolve financial challenges that plagued the sector and also address the reliability of fuel supply.

These three when solved would create the platform to improve access to electricity.

The former appointee who is the NDC MP for Yapei Kusawgu in the Northern region said some of these plants relied not only on different types of oil but could also run on gas.

“We have guaranteed gas supply to our power plants…we are saving so much money,” he read out the benefits of have a reliable gas supply infrastructure.

He said the importance of having gas can be seen in the massive reduction of importation of 456.9 kilotonnes of Light Crude Oil in 2016 to 178 kilotonnes in 2017.

“This represents a 61% reduction in importation of LCO,” he said and this has saved the country $300m per annum.

John Jinapor said debts dating back as far as 1992 which has been strangling the energy sector was dealt with through the introduction of the Energy Sector Levy.

By addressing these three challenges, government under John Mahama was able to extend access to electricity from 54% by 2008 to 83.24% in 2018.

“I means that on the average, we were increasing electricity every year by 4%”, he said explaining, these facts are contained in Akufo-Addo government’s budget statements.

John Jinapor challenged the Akufo-Addo government to show projects it has been able to roll out despite having received as much as 2.7bn cedis in petroleum revenue as compared to 900m cedis the Mahama government got from petroleum in 2016.