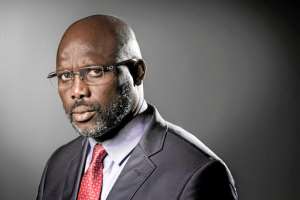 Please accept our best wishes of the New Year as your administration enters another year as the very first administration to ascend to power through a peaceful transition after nearly 75 years since Liberia gained her independence as a sovereign republic in 1847! We recognize the enormity of the challenges that lie ahead of your administration in strengthening the foundations of our still very fragile democracy and ensuring that Liberia remains on a sustained trajectory of peace and development. It is only by creating such peaceful environment that all of its people who inhabit the 43,000 square miles that form our political landscape, can live in peace and benefit from the wealth of the land that our heavenly father has endowed our nation with. If for nothing else, we want to beseech you to work hard at protecting the peace and ensuring that justice prevails for all, which you can appreciate in the long run as a defining legacy of your administration. Our foremost purpose of writing you, Mr. President, is to call your attention to the issue of justice for the victims of the Liberian civil war, and to remind you of the promise and commitment you made years ago to the people of Liberia to make this a signature policy issue were you to be blessed to shepherd the state of affairs of the nation.

Mr. President, the Coalition for Justice in Liberia (CJL), is a 501c (3) human rights advocacy organization based in the United States. Since our formation nearly ten years ago, our singular mission has been to raise awareness and draw attention to the plight of an estimated 250 thousand Liberians, including foreign nationals, among which were five American nuns, who innocently lost their lives as a result of a senseless and brutal civil war perpetrated by a group of power-driven men and women whose only purpose was to forcibly wrought power and seek personal aggrandizement at the expense of the broad majority of the Liberian people. The war, started in 1989 and led by convicted war criminal Charles Taylor and his rebel faction of the National Patriotic Front of Liberia (NPFL), lasted for about fourteen years, claimed the lives of vulnerable women, children, the elderly and the disabled. Large scale massacres of civilians such as the massacre of 600 civilians seeking shelter at the St. Peter’s Lutheran Church, a designated Red Cross Center in Monrovia, punctuated the conflict, and systematic rape, torture, summary execution, and mutilation were common tools of warfare. Rather sadly, in the aftermath of this war, there has been no form of accountability for the perpetrators responsible for gross human rights violations in the country, while thousands of victims and their survivors are yet to experience justice. Our only goal is to see justice for these war victims, who were subject to crimes that shocked the entire world.

Mr. President, as you are aware, the Liberian Civil War ended in 2003 with the signing of the Comprehensive Peace Accord (CPA) in Accra, Ghana. The United States, the Economic Community of West African States (ECOWAS), the EU, the African Union, Germany, Spain, Sweden, Nigeria, and Ghana participated in the signing of the CPA. Pursuant to the CPA, the Liberian legislature established a Truth and Reconciliation Commission (TRC) in 2005. The TRC recommended that an Extraordinary Criminal Court be established in Liberia expressly to prosecute those who committed serious crimes against humanity during the civil war. Since its recommendation, your predecessor, Madame Ellen Johnson Sirleaf, cleverly and intentionally turned a blind eye and refused to implement the TRC recommendations. We want to encourage you not to pursue similar path as your predecessor, as it is inimical to our fragile peace. Rather, we urge you to be different and purse a path that would lead to the full implementation of the TRC report.

Mr. President, Liberia's refusal to implement the TRC recommendations undermines two cardinal norms that are important to world peace and the advancement of democracy: A treaty obligation and prosecution for crimes committed against humanity. Accordingly, a treaty and/or a peace accord imposes a responsibility on all signatories and participants. Liberia CPA is unique in this respect: Liberia and its people count on the signatories to the CPA to ensure that the accord is implemented to the letter. Stability in Liberia also counts on the development of rule of law, which includes prosecutions for the most serious crimes.

Several successful prosecutions of Liberian war criminals have already moved ahead in the U.S., including the prosecution of Charles Taylor’s son, Chuckie Taylor, for torture, and the recent immigration fraud convictions of Mohammed “Jungle Jabbah” Jabbateh and former Minister of Defense to Charles Taylor, Thomas Woewiyu. These cases signal that justice is possible for Liberians, and Liberia is now able to prosecute its own criminals.

In addition, Mr. President, you are quite aware that more than 76 human rights organizations, Liberians and American organizations wrote a letter to the United Nations Human Rights Committee requesting justice for Liberia's war victims. In July 2018, United Nations Human Rights Committee made recommendations for the government of Liberia to address past human rights violations. The Government of Liberia has yet to respond to the UN recommendations while war crimes perpetrators continued to threaten victims and campaigners in the country.

President Weah, viewed from this perspective, we are appealing to your office to introduce a bill in the Liberian legislature as soon as possible, that will mandate that the current Liberian government establishes a war crimes court in Liberia to prosecute Liberian Warlords and their henchmen. There are many Senators and Representatives who have expressed their willingness to support such a bill if initiated by you. Please seize the moment and listen to the voices of the people! We are convinced that the passage of such bill will add the full weight of the international community to support you in this undertaking. We are humbly entreating you to call for, demand, obtain the establishment of war crimes court for Liberia and the full implementation of Liberia’s Truth and Reconciliation Commissioners’ Report.

It is our hope that this letter appeals to your conscience and claims your urgent attention and action. We urge you to please seize this historic moment in your presidency and rise to the occasion!