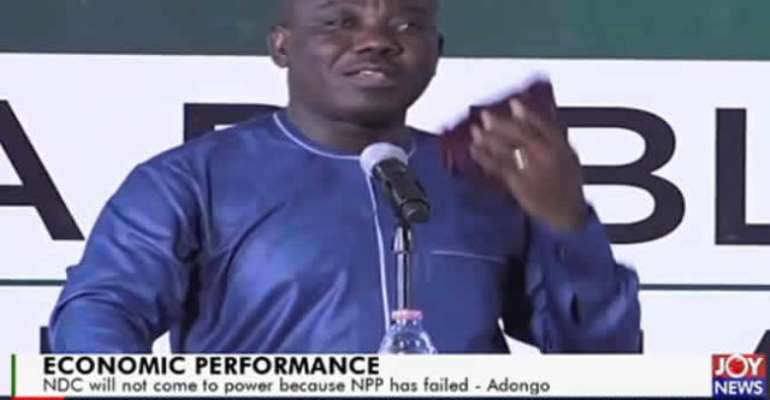 A member of the Minority Caucus in Parliament has punch holes into the much-touted banking sector reforms by the Bank of Ghana.

According to Isaac Adongo, the supposed reforms in the manner it was carried out was not necessary.

Speaking at a lecture on Ghana’s economy organised by the Coalition for Restoration in Accra, he said the BoG could have supported the banks instead of collapsing them.

He said when the NDC wanted to introduce some sanity in the banking sector, they introduced a GH¢230 million minimum capital.

“We however, agreed that not all banks need the same capital,” Adongo recounted.

He said after setting the GH¢230 million base, they agreed to work with the individual banks to determine level of risk and then determine their minimum capital.

He said that was done so Ghana’s banking sector could have small and big banks “operate in a risk-free environment.”

“We call that Internal Capital Assessment project which will enable us to hand-hold the banks out of their challenges and not collapse them at the least excuse,” Adongo noted.

He said when the NPP took over, all they were determined to do was to collapse the struggling banks. “They introduced a minimum capital of GH¢400 million and they could not wait for the deadline to come.”

He added that the constant reminder of the deadline caused some panic withdrawals which further weakened struggling banks.

Concluding his attack, Adongo said by the end of 2019, Ghana would have spent 20.46 billion “just to collapse the banks.” “…this cannot be a reform,” he declared.

What reasons did the BoG give for the collapses?

Between 2017 and 2019, seven banks went down. The BoG said some of these banks should not have existed at all.

Sovereign Bank, for instance, was cited as getting their license under false pretences, using non-existent capital.

But the NDC is not convinced. They have accused the government of undertaking the reforms with a political lens.

What have experts said?

NDC is alone in their criticisms of the banking sector reforms. Various experts and civil society who have assessed the clean-up have lauded the BoG for the initiative.

Speaking to Joy News, former Head of Finance Department at the University of Ghana, Prof. Godfred Bokpin lauded the clean-up, describing it as decisive.

The International Monetary Fund (IMF) has also lauded the clean-up, describing it as timely and necessary.