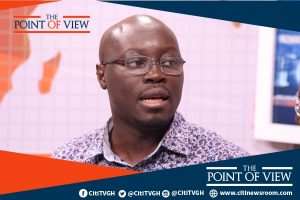 According to him, the constant and persistent fall of the Ghana cedi must be attributed to what he terms misguided comments by Dr. Mahamudu Bawumia.

Speaking at the NDC public lecture on Ghana’s economy, Ato Forson accused Dr. Bawumia of falsifying facts and figures, insisting that any time Dr. Bawumia makes a speech on the economy, the local currency depreciates.

He insisted that the only viable way to save the cedi is for President Akufo-Addo to gag the Chairman of the Economic Management Team, Dr. Bawumia.

“I will urge the President to restrain his Vice President because anytime he speaks the currency moves. You heard him talk about the likes of the judiciary and the court systems. What has that got to do with the economic management team? He had nothing to say. He was just playing with numbers. And again, you know him and his credentials of lying with numbers.You could see lies. Our worst is better than your best and you say 'boot for boot'? This one is more like boot for chalewote”.

Dr. Mahamadu Bawumia on Wednesday said, the government has performed creditably well compared to the Mahama administration in stabilizing the cedi against major trading currencies.

The strength of the cedi against other major trading currencies is among the topical economic subject discussed by economists and political leaders in the country.

Last month, the strength of the currency became a concern for many Ghanaians as the cedi depreciated to the level that saw it being traded at nearly GH¢6 to a dollar.

A situation, the veep blamed on the depreciation of the cedi the country experienced in March 2019 on some of the exit conditions by the International Monetary Fund (IMF) programme.

According to him, the Bank of Ghana had to implement reforms to ensure an increase in the country's international reserves in a bid to end the IMF's extended credit facility arrangement by April.

Five die in accident on Techiman –Tuobodom highway
6 minutes ago