Too Much Spent On Mali Security, Not Enough On Food Aid: UN Official 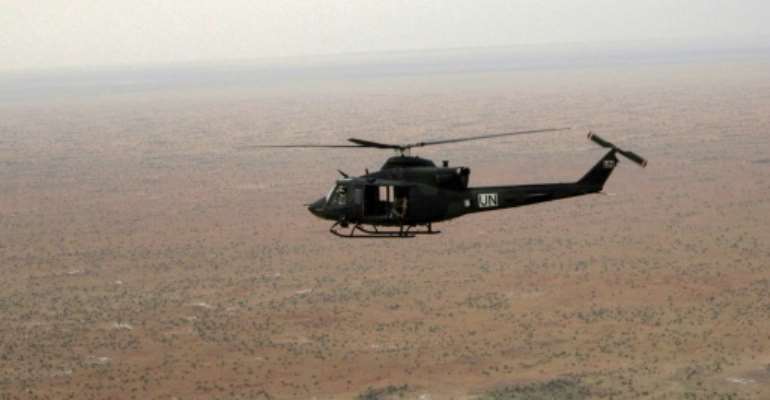 While billions of dollars are spent on security operations in Mali, the UN is in dire need of money for humanitarian aid, says the head of a UN agency. By CLEMENT SABOURIN (AFP/File)

Mali is in dire need of humanitarian aid, with more than three million people requiring food and basic assistance even as billions of dollars go to security missions, a UN official bemoaned Thursday.

Since January, the United Nations has received less than a 10th of the $296 million it had sought from member countries for Mali for 2019, said Ute Kollies, head of the UN Office for the Coordination of Humanitarian Affairs (OCHA) for Mali.

At the same time, her calculations showed that "roughly $3 billion a year" -- 10 times the requested humanitarian budget -- was spent on security missions such as the MINUSMA peacekeeping force and the G5 French-backed operation to fight jihadism in the Sahel region, she told reporters in Geneva.

The international community, said Kollies, "looks at Mali as a problem of terrorism, illegal migration, and so their answer is (to) invest in military deployments, reinforce security.

"So money is there, but they have not yet seen investment in humanitarian response and humanitarian action as a stabilising factor."

The OCHA head asked for a better balance in spending, citing the adage that "a hungry man is an angry man".

Feeding people is the first step towards "a situation where mediation is possible and where people can sit around a table and address the root causes of the problem," Kollies said.

Mali has been struggling to return to stability since Islamist extremists took control of the country's north in early 2012, prompting a military intervention by France.

Extremism and lawlessness continues, and has spread to Mauritania, Burkina Faso, Chad and Niger. Tends of thousands of people have been internally displaced.

Kollies said the number of Malians needing food aid is expected to grow to 3.8 million over the "lean season" just before the harvest. About 1.4 million people need health assistance.

"Our humanitarian response plan for this year defined 3.2 million people to be in need of assistance," Kollies said. "We have seen a three- to fourfold increase of internally displaced people over the year."