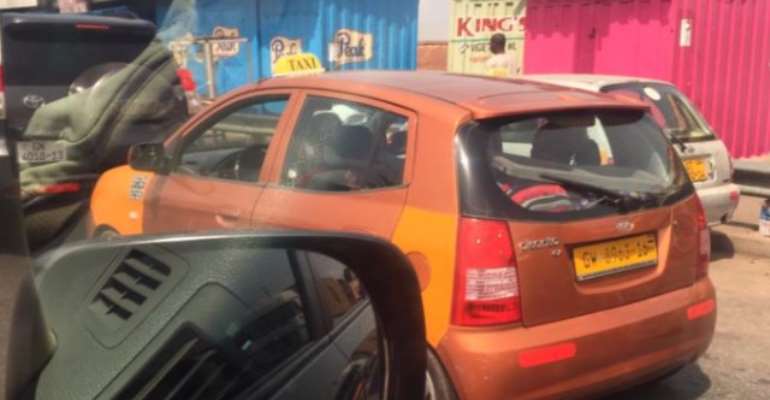 Former President J.J. Rawlings has commended an unidentified taxi driver for his show of patriotism and good environmental practice.

The driver of a KIA Picanto taxi with registration number GW 8963-16, according to the former leader, on Thursday morning after emptying the remainder of the water in his sachet on the street, kept the empty bottle in his car.

This is a very rare sight especially in the capital where indiscriminate disposal of the wrapper of candies, paper, polythene bags, sachet water rubber has become a routine.

Passengers and drivers alike, sometimes throw all sorts of things out of moving vehicles, a despicable phenomenon which has widely been condemned.

Late former Vice President, Aliu Mahama, well noted for the discipline he stood for, campaigned against such behaviour. He advocated that to have a clean Ghana, there must be self-disciplined.

His campaign was at the forefront of the media for a long time but the impact, considering the current sanitation challenge in the country with rubbish everywhere, is minimal.

For a n elated Mr. Rawlings, he could not hide his joy by such a rare sight so he took to social media to share his experience.

“I congratulate the driver of a KIA Picanto taxi with registration number GW 8963-16. I was about three vehicles behind him at a traffic light junction this morning when I saw him squeeze water out a sachet bag. It felt good when he folded the empty bag...

“…afterwards and placed it back in his car. We will like to see more of that by drivers and especially passengers. Let's do a little cleaning up as the crucifixion of Christ approaches,” he tweeted.