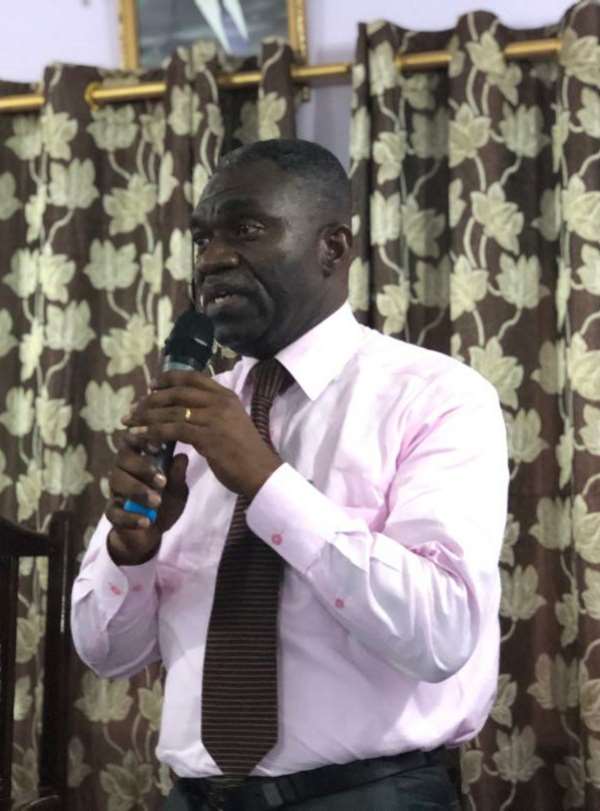 The Ministry of Roads and Highways in conjunction with the Ghana Highways Authority will from next week shut down the Kasawere river bridge to enable the contractor Messrs Jo-Mint Associate carry out emergency works on the three cell 4 metre by 4 metre box culvert to replace the bridge.

The highly occupied bridge located on the Oda – Aboabo section of the Oda – Agona Swedru road in the Eastern region will undergo repairs for defects found on the infrastructure. It is not clear the number of days that work is expected to last after it closure.

One alternative route that has been provided is the Oda-Aboabo by-pass which will officially be open on the day of closing the Kasawere river bridge by the Minister of Roads and Highways, Mr. Kwasi Amoako-Atta.

This was disclosed by the Member of Parliament for Akyem Oda, Mr. William Agyapong Quaittoo on Tuesday at the 1st ordinary meeting of the 4th session of the Birim Central Municipal Assembly at Akyem Oda in the Eastern region.

According to him a temporal foot bridge will be erected side way of the bridge to enable pedestrians cross to the Jubilee hospital and other vicinity close to the bridge.

In his sessional address, the Municipal Chief Executive (MCE) for the Birim Central, Mr. Kwabena Bempong announced that the Assembly has been selected among some 25 Municipalities to benefit from the Ghana Secondary Cities Support Programme (GSCSP).

The programme he said is targeted at institutional and infrastructural development in the country’s emerging or secondary cities – aimed at addressing some of the important development challenges while at the same time assisting in implementing government’s decentralization and urban development policies.

“I am happy to report that the Assembly is one of the 25 Municipalities nationwide to benefit from the Ghana Secondary Cities Support Programme (GSCSP)”, he said.

The initiative is an agreement between the Government of Ghana and International Development Association (IDA).

Mr. Bempong noted that, the development of these secondary cities will enable the Municipalities to play their key roles as administrative centres; as incubators for small business development and as nodal points in rural-urban linkages.

According to him, the facility is to develop the Municipal Capitals of the beneficiary Municipalities and were selected based on the population size of between 100,000 and 250,000 and Assemblies with at least 60 percent of population being urban.

Touching on government flagship programmes, Mr. Bempong revealed that, the Planting for Food and Jobs initiative witnessed a significant increase of 247 farmers in 2017 to 1,500. He added that end of year productivity for maize also recorded 25 per cent increase.

He disclosed that, the Municipality has also been selected for a Special Rice Pilot Project which would see the cultivation of 110 hectors of rice being cultivated this year.

On the local industrialization drive of the One District, One Factory initiative (1D1F), Mr. Bempong said a business plan of ‘Abibimo’, a local rice milling firm based in Oda Nkwanta has been submitted to the 1D1F Secretariat for consideration and appeal to the secretariat to speed-up the process to enable the company commence business.