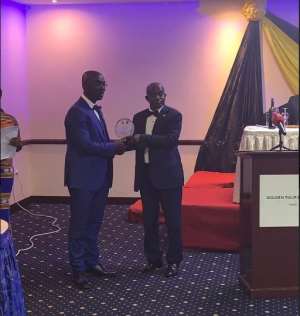 Last Saturday, in the presence of the Asantehene as the special guest of honour at a banquet dinner organised by the Asante Professionals Club (APC) to climax the Asanteman Development Summit, which is one of the programs commemorating the 20th Anniversary of the ascension of the Asantehene, Otumfuo Osei Tutu II onto the Golden Stool, Dr. Akwasi Afriyie Achampong, a medical doctor and the current Board Chairman of the Ghana Standard Authority and founder of Baldwin College, Accra was given a top award for his commitment and dedication to healthcare delivery to the Amansie area in the Ashanti Region.

The award was presented by the Ashanti Regional Minister, Simmon Osei Mensah.

As a trained medical professional with a specialty in Internal Medicine and a Clinical Associate Professor at Molloy College and Hofstra Medical School in the USA, Achampong has an unquenchable desire to give back to the society that birthed him.

It is in the light of this that for the past 18 years and counting, Dr. Akwasi Afriyie Achampong has been organizing health screening exercise in Bekwai township which attracts people from all communities within the Amansie

area. Out of his own pocket, he brings in his colleague medical doctors and nurses from the USA to Bekwai to undertake health screening exercises and address various medical conditions including conducting minor surgeries where the need be.

In recognizing such an inspiring and charitable work for the common good of society, the citation of the award as given by APC reads “On the occasion of the 20th Anniversary of Otumfour Osei Tutu II as the 16th Asantehene, the

Asante Professionals Club (APC) presents a meritorious award to Dr. Akwasi Afriyie Achampong in recognition and sincere appreciation of the dedication and interest to serve Asanteman through healthcare delivery”.

Dr. Akwasi Afriyie Achampong in a group photograph with Otumfuo and other award recipients

Speaking to the media after the award, Dr. Achampong thanked Asanteman and APC for the honour done him.

He said he was happy that while he was giving back to his community, such efforts have been recognized by the good people of Asanteman.

He asked all and sundry to contribute whichever way possible to improve the lives of people in their localities. He added that all that put together will contribute to a prosperous Ghana.

Present at the award ceremony were the Asantehene, Otumfuo Osei Tutu II, the Regional Minister, Kumasi Mayor, Executives and Members of APC, Members of the Asante Students Union (ASU), some Board Members of GSA who came to support Dr. Achampong and the general public. 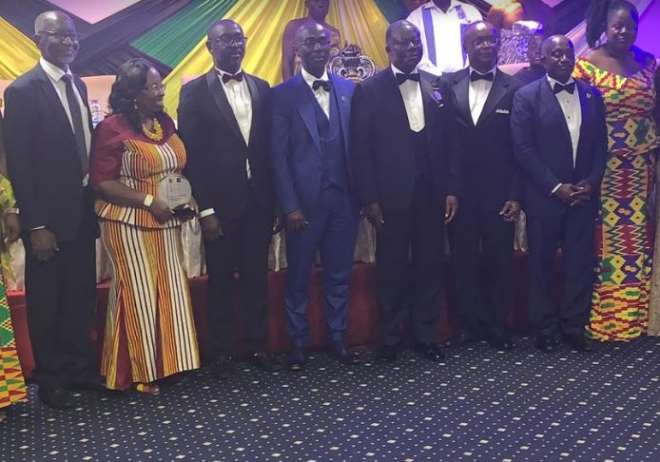