Ghana’s History Overview; How We Originated And How Far We Have Gone 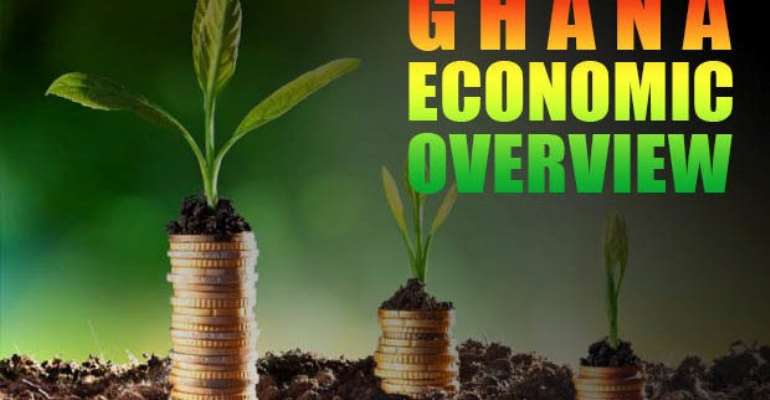 Ghana was the first sub-Saharan African country that attained independence. However, its history precedes this novel achievement. Formerly known as the Gold Coast, it is on record that the Portuguese were the first European venders that arrived in the 15th century. They initially came to trade in gold, diamonds and ivory, however; the business turned into the buying and selling of slaves in a short period. Now this history overview shall be based on three major periods, thus, the colonial period, the pre-independence period and post-independence period. With this division, we would be able to analyze how we originated and how far we have come as an independent country.

Colonial Period
The Portuguese built the first castle in Gold Coast, called the Elmina Castle (Sao Jorge da Mina) and a second one also known as Fort St. Anthony at Axim, a small fishing town in the Western Region. Soon, other European countries like Denmark, the United Kingdom and Sweden joined the Portuguese in the Gold Coast to trade for slaves and gold. This led to the Danes building one of the most important Castles, the Osu Christiansburg Castle in Accra in 1661 which served as the seat of government for a long time.

This culminated in a series of war between the Ashantis and the British whom were backed by the Fantis and the Gas. By 1902 the British had gained full power of the Gold Coast, by defeating the Ashantis with the help of the Fantis, the Gas and all enemies of the Ashanti Empire. The British initially named Cape Coast as the capital but later changed it to Accra in 1877. After the Second World War (1939-1945), things began to change in the then Gold Coast. The discrimination against educated Ghanaians in the civil service was on the increase and high positions were reserved for white men while Ghanaians became hewers of wood and drawers of water.

Pre-Independence
By 1947, the educated elites have begun planning for the total liberation of the Gold Coast from British rule. Therefore, the first political party was formed in that year. It was named the United Gold Coast Convention (U.G.C.C). Its slogan was “Self-government within the shortest possible time”. The U.G.C.C., therefore, invited Dr. Kwame Nkrumah home from his studies to become the full-time General Secretary of the Party.

In January 1948, Nii Kwabena Bonne III, a Ga Chief organized a general boycott of all European imports. A series of riots followed the boycott in early February, 1948. On February 28, 1948, a batch of unarmed Ex-servicemen marched to the Christiansburg Castle on that day to submit a petition to the Governor about their poor conditions. Superintendent Imray, a white police officer, ordered the policemen at the castle to shoot. When the police refused to do so, Imray himself opened fire on the unarmed soldiers at the Christiansburg crossroad. Three of the leaders namely; Sergeant Adjetey, Private Odartey Lamptey and Corporal Attipoe fell dead. Thereafter, riots broke out in Accra. European and Asian stores were looted by the angry mob. The rioters forced open the Central Prison and set free its inmates.

On 9th January, 1950 the C.P.P organized a nation-wide boycott and strike for workers and the masses. The people refused to buy all British goods. Workers were warned not to cause any trouble. In the cause of the riots however, two policemen were shot dead. This led to the arrests of Dr. Nkrumah, Kojo Botsio and K.A Gbedemah and were imprisoned at James Fort in Accra. The first general elections to take place in the Gold Coast happened in 1951. Dr Kwame Nkrumah was in prison when the elections were conducted. He overwhelmingly won the elections and was released by the then Governor, Sir Charles Noble Arden-Clark to head the new government.

This, however, became the British Colony’s first African government. In March 1952, Kwame Nkrumah was designated Prime Minister. He was to appoint a cabinet, which was not to be responsible to the Governor but the Assembly. In 1956, another election was held in response to a pledge by the British Secretary of State for the colonies that if the newly elected legislature, by a reasonable majority, passed a resolution calling for independence; a firm date for the changeover would be announced. C.P.P won 71 out of the 104 contested seats. The British Mandated Togoland also held a plebiscite to join the Gold Coast.

On the eve of Independence Day on March 6th 1957, Dr. Kwame Nkrumah announced that the Gold Coast will now be known as Ghana. The name was taken from the ancient Ghana Empire in West Africa. he Empire appears to have broken up following the 1076 conquest by the Almoravid General Abu-Bakr Ibn-Umar. Dr Kwame Nkrumah (then Prime Minister) proclaimed at the old Polo Grounds in Accra: “At long last, the battle has ended and Ghana, our beloved country is free forever.” The nation however became a republic on 1st July, 1960 with Dr. Kwame Nkrumah becoming the first President. Ghana’s independence from Britain in 1957 was widely celebrated in the African diaspora.

Post-Independence
On 24th February 1966, while in China, a military coup by the National Liberation Council overthrew Dr. Kwame Nkrumah. Leaders of the 1966 military coup justified their takeover by charging that the CPP administration was abusive and corrupt, that Nkrumah's involvement in African politics was overly aggressive, and that the nation lacked democratic practices. I personally agree with their take over because Nkrumah had a golden opportunity to turn Ghana into a paradise but misused it. We are all aware that, Nkrumah was poison with the idea of Pan-Africanism and not care how he is going to achieve it even if it means selling Ghana for this dream. Therefore, his overthrow marked the freedom of Ghana true independence. A general election launching the second republic, in 1969, brings to power Kofi Busia, a university professor with a long track record in Ghanaian politics as an opponent of Nkrumah. But he is unable to improve Ghana's economic performance (weakened by low cocoa prices), and he is removed by military officers in 1972.

For a few years from 1972, a military regime rules with repressive brutality, under the successive leadership of two generals, Ignatius Acheampong and Frederick Akuffo. Acheampong would have been the most popular and respected leader if he had handed over power from 1972-1975. This is because, his first year in power saw massive growth in Ghana’s economy through his “Operation Feed Yourselves Program”. But he equally started to misuse Ghana’s funds in his quest for a Union Government and by 1979 a group of younger officers led by Jerry John Rawlings, a flight lieutenant in the air force had enough of their ruling and hence, took over power. This take over was very bloody as compared to previous coup since it was an attempt to clean up the mess caused by the senior officers. This actualized in Acheampong and Akuffo being executed. Arrangements were put in place for speedy elections. The third republic which was ruled by Dr. Hilla Limann in 1979 lasts only two years before Rawlings and his fellow officers intervene again. Rawlings second returned in 31st December 1981 to me was not so necessary because, at the time Limann took over power, the economy was shattered and the structures of government being broken and even there was indiscipline everywhere and needed time to fix all these but Rawlings did not allow him time to adjust. If we are all going to assess Limann administration, we would realize that all his ministers and functionaries were not guilty of any corrupt act and so Rawlings was so mean and power drunk. After his second coup Rawlings took power personal by ruling through a Provisional National Defense Council (PNDC). Rawlings transforms his ruling council into a political party, the National Democratic Congress and in 1992, Ghana returned to democracy by adopting the 1992 Constitution with Rawlings being sworn in as a democratic president as the NDC wins nearly all the seats in parliament.

Rawlings is the first president of the Fourth Republic and he actually set the pace for the democracy that we are enjoying as a country. It is about 25 years old of being in the fourth republic, many governments have come and go but the issues are still not resolved. Every day, things are getting worst and our leaders are adding plenty of promises yet we have not seen any improvement in the economy. Ghana who started well and the citizens hoped they would live in paradise after colonialism have turned into a hell that the citizens have regretted ever entrusting their freedom in our own people. The country is still trying to get their politics right.

What kind of a republic that the leaders can spend monies organizing “KENKEY” parties when the citizens are suffering. When common electricity, we cannot manage yet we have shared it to other countries. When will we grow? When would we develop? And who would lead us to the promise land? I thought after experiencing several coups, we can always learn from them and change our ways. I think Ghana needs a fifth republic because the heat is high.

We shall grow when we stand together and think together.

I stand for the interest of the people and together we shall fight for the change we want.

"You Were Not A Vice President When MoMo Was Introduced 11ye...
40 minutes ago