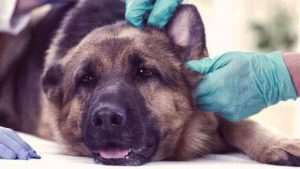 The Western Regional Office of the Veterinary Services has said it has mapped out a new strategy of targeted free vaccination for dogs and cats within the two Regions as a stop gap against rabies diseases.

Dr Simon Gbene, the Regional Director of the Veterinary Services told the Ghana News Agency in an interview in Takoradi that 85 percent vaccination coverage for five years continually was needed in order to control or eliminate the rabies condition among cats and dogs, the main carriers of rabies.

He said the new strategy introduced by Dr. Mrs. Joyce Domtwi, the National Director of the Service in partnership with the Ministry of Food and Agriculture is expected to last for two weeks in all regions across the country.

In the Metropolis, Kojokrom and new Takoradi have been selected for the free vaccination since they topped the list of communities with frequent dog bit cases.

Last year, the Region recorded 2,131 dog bite cases with six deaths and between January and February this year, 329 persons reported of dog bites with one death.

Dr Gbene said rabies disease has no cure and therefore a huge public health matter for all and sundry to guard against.

The Regional Director said the free vaccination would help the Service to at least make some gains in controlling this public health menace.

"You Were Not A Vice President When MoMo Was Introduced 11ye...
30 minutes ago