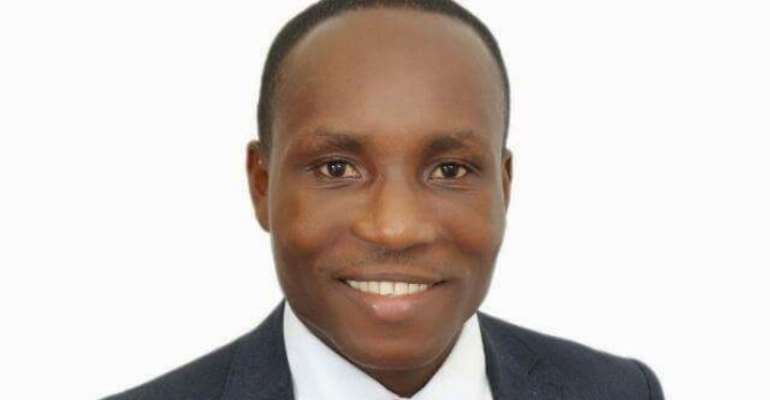 The District Chief Executive (DCE) for Ellembelle in the Western Region, Hon Kwasi Bonzoh has denied allegations leveled against him for abandoning his official residence to lodge at a different apartment.

The DCE in the past weeks has been accused of draining the coffers of the District following allegations that he has left his official residence unoccupied even though it has been paid for.

Addressing the media at Nkroful on Tuesday, April 2, 2019, Hon Kwasi denied the claims whiles insisting that he has left the residence temporarily to allow for renovation works to be carried out.

He, however, affirmed that the official residence has been assigned to seven officials who stay beyond the boundaries of the district assembly. He said this was to make their work convenient since they would not have to travel the long distance to go to work.

Hon. Bonzoh urged party members to come together since there are some people who want to bring their own candidates for the parliamentary primaries.

He further assured that he is really working hard for the party to remain in power after the 2020 general elections.

Plot to defame the DCE

Meanwhile, the executives of the NPP in the Ellembelle District of the Western Region seem to be divided on the recent accusation against the DCE Hon. Kwasi Bonzoh. Second Vice Chairman of the NPP in the Ellembelle Constituency, Mr. James Cobbinah, said there has not been any meeting from the party executives on where the DCE lives and that they are not in support of what is circulating around on media platforms.

The petition from some disgruntled constituency executives making runs in the media said in part; “The DCE, since his appointment in 2017, has been lodging in a rented apartment in Takoradi (about 75 KM to the district capital) at the expense of the assembly neglecting official bungalow which had been occupied by previous district chief executives of the area.

A whopping amount of money was spent to renovate this official residence immediately he resumed office with the hope that he will reside there to effectively perform his official duties. He hardly comes to work and people will always meet his absence thereby creating discomfort for the entire populace which is stifling the development of the district.

But James Cobbinah blamed the party chairman, Samuel Akainya of plotting to defame the DCE. Mr. Cobbinah suspects the chairman wants to bring his own candidates for the parliamentary primaries. He further stated that they will also write a petition to the Chief of Staff and the party’s national executives concerning the allegations. He advised the disgruntled executives to stop disgracing the DCE so that the NPP gets a massive win in election 2020.