Africa Growth At 7-Year High, No Thanks To Its Major Economies 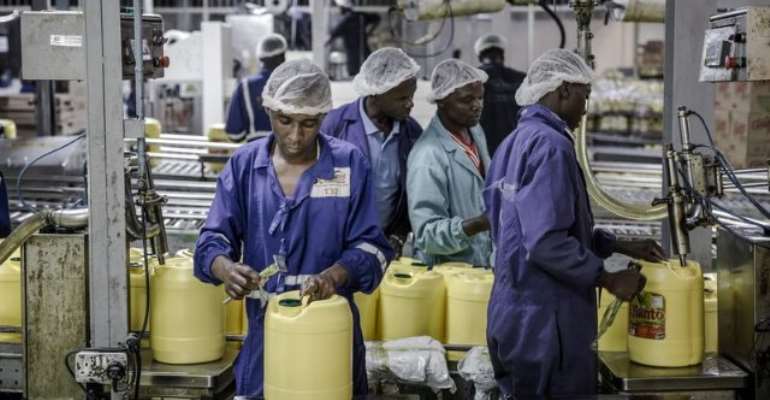 Nigeria’s GDP will expand by 2.3 per cent in 2019, which is below the rate of population growth, as the government struggles to reduce the nation’s oil dependence and attract foreign investments.

South Africa’s expansion will be even slower, at 1.7 per cent, as the continent’s most-industrialized economy battles to recover from last year’s recession. Both countries are in the AfDB’s list of 10 slowest-growing economies. Surging Ahead 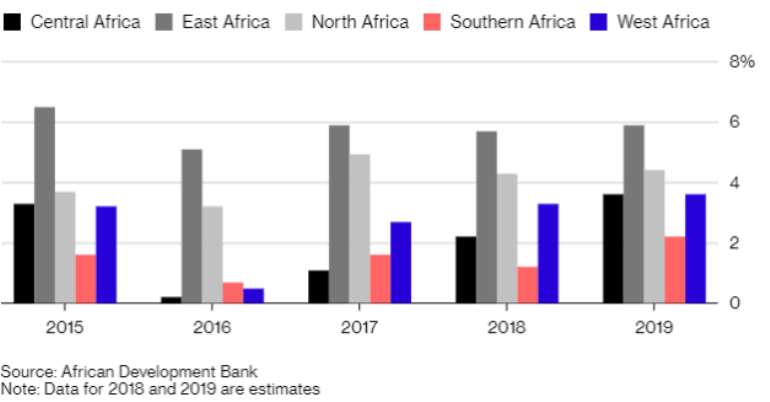 While the powerhouses in western and southern Africa struggle to gain meaningful momentum, the continent’s economic growth will once again be driven by East Africa, which will be the fastest-expanding region for the fifth straight year.

Ethiopia, Kenya, Rwanda and Tanzania all feature on the AfDB’s list of 10 fastest-growing economies for 2019.

Egypt, the biggest economy after Nigeria and South Africa, will also help drive growth. Output in the Arab world’s most populous country will rise around 5.5 per cent this year as the government’s structural reforms attract more investment.

Subdued growth in southern Africa is due to South Africa’s weak output, which affects neighbouring countries, the AfDB said.

While West Africa’s prospects are more upbeat, they may be clouded by risks including uncertainty in global commodity prices and security concerns in some countries, the lender said.