Manhunt In Uganda After US Tourist And Driver Kidnapped 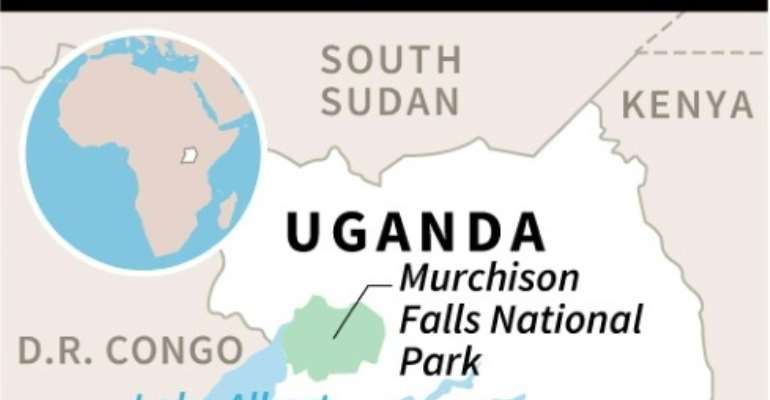 Ugandan security forces are hunting gunmen who abducted an American tourist and her driver inside a national park close to the border with Democratic Republic of Congo, police said Wednesday.

Four kidnappers stopped a group of tourists at gunpoint around dusk on Tuesday as they drove through the Queen Elizabeth National Park to see wild animals.

Police identified the American as a 35-year-old woman, and said the kidnappers had later used her mobile telephone to demand a ransom of $500,000 (445,000 euros) for the release of the pair. The driver is a 48-year old safari guide with years of experience.

"The kidnappers, using the victim's phone, have demanded $500,000," police spokeswoman Polly Namaye said a statement. "We strongly believe this ransom is the reason behind the kidnap."

Two other tourists, whom police described as an "elderly couple", were present when the gunmen attacked, but were not abducted or physically harmed. They managed to raise the alarm from the lodge where they were staying.

A day later, soldiers have fanned out along the porous border with DR Congo, but as night fell, police said they believe the pair remain in the country.

"The priority at this point is to locate, rescue and bring them back to safety."

"The police have despatched an elite squad from the tourism police to reinforce the security teams at Queen Elizabeth National Park, to actively pursue a group of four unknown gunmen," Namaye said.

"Joint security teams have cut off all exit areas on the border between Uganda and the DRC in search for the victims," she added.

Queen Elizabeth National Park, one of the East African nation's most famous wildlife reserves, runs along the frontier with conflict-wracked regions of DR Congo, bordering its famous Virunga national park, the oldest in Africa.

Numerous militia groups and armed gangs roam eastern DR Congo. Virunga suspended all tourism activities last year after a ranger was killed and two British tourists kidnapped. The Britons and their driver were freed two days after the attack. The park reopened in February.

It is also about 150 kilometres (90 miles) north of Bwindi Impenetrable National Park, famous among tourists for gorilla trekking. Uganda is home to over half of the worldâ€™s endangered mountain gorillas.

In 1999, Rwandan rebels killed eight foreign tourists there, inflicting an enormous blow to Uganda's tourist industry. The rebels were part of a militia group that was involved in the 1994 Rwandan genocide before fleeing to the jungles of DR Congo.

Tourism is a key industry for Uganda, as a major earner of foreign currency. Hundreds of thousands of tourists visit each year.

Army spokesman, Brigadier Richard Karemire, insisted the kidnapping was "an isolated incident" and that Uganda remains safe for tourists.

"The security agencies, including the military, are working together to ensure the tourist and the driver are freed unharmed," Karemire said.