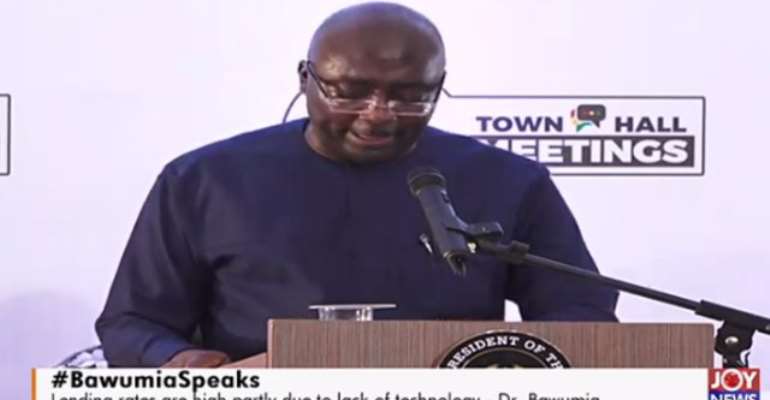 Macroeconomic stability must translate in the well being of Ghanaians, the Vice President, Dr. Mahamudu Bawumia has said.

Vice President Mahamudu Bawumia admits that macroeconomic stability alone is not enough, it must translate into the wellbeing of Ghanaians in their everyday living.

The government has come under scrutiny in recent times following the depreciation of the cedi, intermittent power supply, the collapse of some indigenous banks, and hikes in prices of goods and services.

But Dr. Bawumia, the man who leads the government’s Economic Management Team, has defended strongly the economic fundamentals of the country and how it is not only good on paper but impacting Ghanaians positively.

Speaking to what government has done to build human capacity, he spoke in glowing terms about the free Senior High School and it is impacting the people directly.

The programme which he claimed has seen 36% increase in 2018 alone, has also made provision to reserve 30% slots in elite schools for pupils from deprived communities as a means of bridging the gap between the privilege and the underprivileged.

That is not all, the government, he said, has injected $1.5bn into building education infrastructure for the next three years.

The Vice President said the lives of Ghanaians are better today with the capitation grant which has been doubled, the school feeding programme which has been expanded to cover 500 more schools and the introduction of the Nation-Builders Corps which has provided several jobs for unemployed graduates.