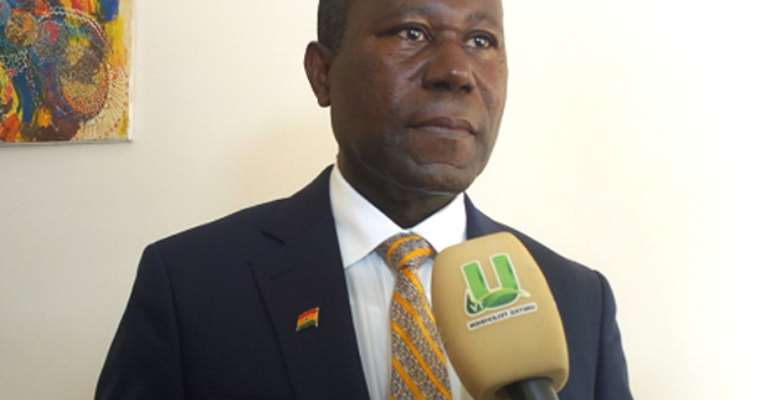 Joseph Boahene Aidoo, Chief Executive Officer (CEO) of COCOBOD, in a welcome address, said the strategic plan for the country's cocoa industry is crucial, especially at a time when stakeholders are confronted with climate change and variability, ageing cocoa farms and dwindling terminal price of cocoa.

The new strategy document, he said, would create a modernized, resilient and competitive cocoa environment.

“This will support the achievement of an annual production target of 1.1 million by the 2021/22 crop year and ultimately to 1.5 million tonnes by the 2026/27 crop year, while COCOBOD will continue to implement productivity enhancing programmes to increase productivity.”

It would also focus on promoting local cocoa consumption and inculcating cocoa into diets, as COCOBOD partners the private sector to embark on a sustained nationwide campaign aimed at creating awareness on the importance of cocoa consumption.

Additionally, it would facilitate the inclusion of cocoa products into the School Feeding Programme and other national programmes.

“At the end of the implementation period, cocoa farmers received at least 70 percent of the net FOB price in addition to the supply of inputs, cocoa export tax reduced to an average of 10 percent annually with a minimum of 5.32 percent and a maximum of 15.21 percent,” he said.

In the absence of a new policy document, he said COCOBOD continued to pursue the objectives that were enshrined in the CSDS, the resultant effect being that the annual cocoa production averaged 874,000 tonnes with a peak of 1,024,000 tonnes in the 2010/11 crop year and a minimum of 740,250 tonnes in the 2014/15 crop season.

Dr. Owusu Afriyie Akoto, Minister of Agriculture, in a speech read on his behalf, said the CSDS II programme outlined the aim of agricultural development to include the promotion of agro-industrial enterprises as the basis for government's 'One District, One Factory' initiative.

“This new orientation constitutes the new operational framework for agricultural development, while at the same time safeguarding food adequacy in the short term and food security in the medium to long-term,” he added.