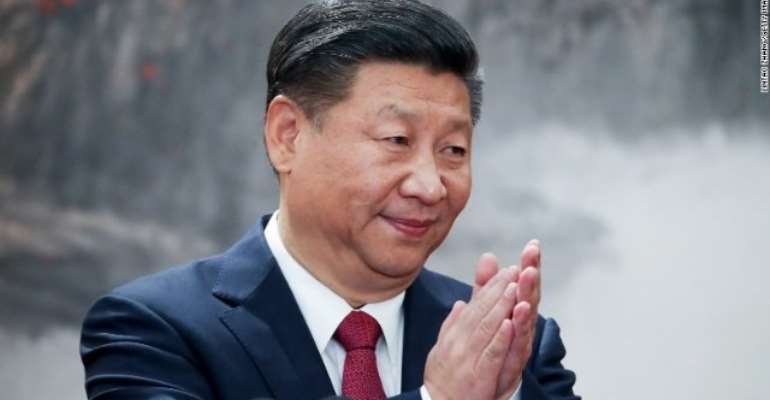 China is drafting rules for overseas investments to be considered part of President Xi Jinping’s 'Belt and Road Initiative, ' according to people familiar with the matter, marking the first attempt to better define his signature policy.

The plan, which isn’t yet final, aims to stop companies from misusing the label “Belt and Road Initiative,” said the people, who asked not to be named because the discussions were private. Unchecked use of the name on projects has created confusion about the initiative’s scope and damaged its reputation abroad, they said.

One of the people said the National Development and Reform Commission, or NDRC, is working on a list of legitimate Belt and Road Initiative projects officially acknowledged by the Chinese government. It would include both state-owned enterprises and private companies, helping authorities improve regulation of projects, the person said.

Governments around Asia are reassessing Chinese investments. Malaysia is in talks with China on a reduced price tag for a $20 billion rail project it scrapped after Prime Minister Mahathir Mohamad took power. Myanmar scaled back a port deal struck under its previous military regime, while heavily indebted Maldives booted out a pro-China administration last year.

Xi, who is preparing to host more than 40 world leaders at the second Belt and Road Forum in Beijing in late April, has even seen recent successes tainted by skepticism. A memorandum of understanding signed last month with Italy -- the first Group of Seven nation to join the program -- led Deputy Premier Matteo Salvini to caution that it risked “colonizing Italy.”

Xi unveiled his “project of the century” to rebuild ancient trading routes across Eurasia in 2013, and China’s government has since poured billions into his plan from Africa to the South Pacific. But uncertainty remains about what projects are considered part of the Belt and Road Initiative, turning it into a catchall for everything Chinese investors do overseas.

“The BRI is better understood as a mission statement rather than a policy document, since it lacks a list of member countries and a precise definition of what a BRI project is,” according to a 2017 report from law firm Baker McKenzie.

China has sought to emphasize diversified participation and offered billions in debt relief to African countries in a bid to counter criticism that the program’s focus is on spreading Xi’s influence.

“Belt and Road is an initiative for economic cooperation -- instead of a geopolitical alliance or military league -- and it is an open and inclusive process rather than an exclusive bloc or ‘China club,”’ Xi told a symposium marking the program’s fifth anniversary in August.