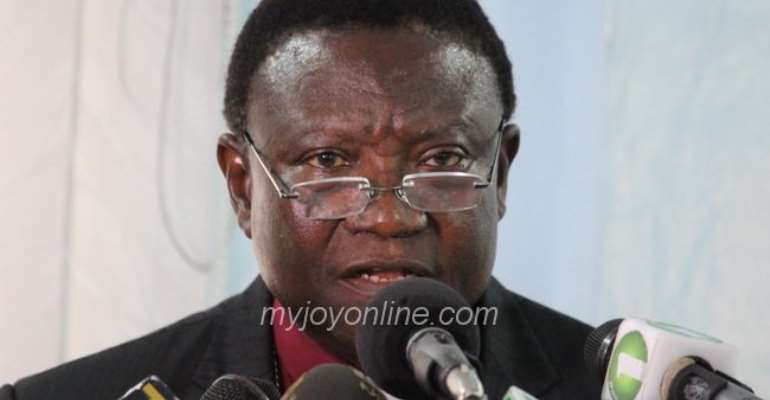 Most Rev. Prof. Emmanuel Asante is the Chairman of the National Peace Council

A date and venue have finally been settled by the National Peace Council for the much-anticipated meeting between the two main political parties in the country.

The meeting which has been scheduled for next week, will have the Council table a number of proposals before the New Patriotic Party (NPP) and National Democratic Congress to work out modalities to disband their party militias.

The April 9 meeting at 10 am at the Central Hotel near the British High Commission in Accra, will focus on terms of engagement and ground rules for disbanding their militia group.

“For effective discussions, each party is respectively expected to bring not more than seven representatives,” the invitation letter added.

Sources at the Council tells Joy News the individual meetings of the two parties on April 9, is because the mediator does not want to impose any decision on any of them.

After both parties have agreed on the ground rules and terms of engagement, a new date will be set for both parties to sit down for the real disbandment meeting.

President Akufo-Addo over the weekend reinforced his resolve to institute a law against the formation of private militia otherwise known as vigilante groups by political parties in the country.

The President told the Ghanaian community in Massachusets that, he was determined to ensure the law is passed, despite a planned meeting between the leadership of the two parties over the issue.

He described the issue of vigilantism as a “worrying phenomenon,” stressing the need to nip it in the bud.

The two parties last week agreed to a meeting over the issue following a directive from the President in his State of the Nation Address for them to end the menace of party militias ahead of 2020 elections.

He said if that failed he would initiate legislation on the matter.

The leadership of the two parties haggled for weeks and eventually agreed to have the National Peace Council to mediate the meeting.