Highlights Of The Francophonie Festival 2019 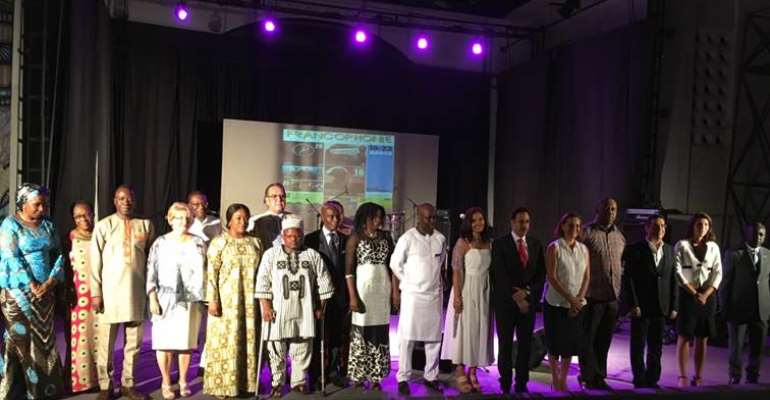 Each year, la Francophonie is celebrated on 20th March among populations who share the French language in about 88 countries and states scattered on the five continents. In Ghana, the 16th to the 23rd of March, 2019 was earmarked for the “Semaine de la Francophonie”, during which a number of symbolic events were organised by the Francophone embassies in conjunction with the Alliance Française and the Institut Français.

On what was a night to savour at Alliance Française Accra, a spectacular opening ceremony took place on the 16th of March in the presence of many guests drawn not only from Francophone communities but the Ghanaian society at large. From state officials to ambassadors, civil society representatives to the ordinary Ghanaian population, people from all walks of life gathered to witness the commencement of this year’s edition of la Semaine de la Francophonie, which is celebrated annually to showcase French language and the diversity of francophone culture.

In her opening address, Hon. Ms Botchwey said the acquisition of French as a second international language was a major concern of the government of Ghana as it was in line with national priorities. The Foreign Minister reiterated plans by the government to include the promotion of the learning of the French language in basic schools and across all other levels of learning, as part of a general reform of Ghana’s education sector. Afterwards, the band Vaudou Game from Togo and France took over and treated the audience to a composite of Afro funk music. If anything, there was definitely no shortage of dancing on the night! 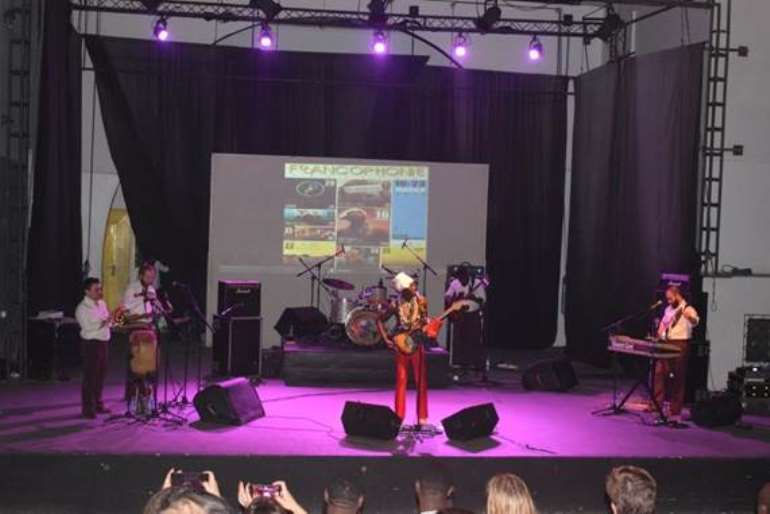 A mega dictation was held simultaneously on the campuses of the University of Ghana (Accra) and Kwame Nkrumah University of Science and Technology (Kumasi) brought together 130 participants on 18 March. The top winner happens to be the representative of Expertise France in Ghana who dedicated her prize to Mount Mary College of Education.

French-language competitions for French or non-French university or professional students as well as Ghanaian colleges and high schools have been national in scope with the organization of events in each regional capital. The national finals, held in Accra on March 23rd, brought together the country's top 20 students and their teachers 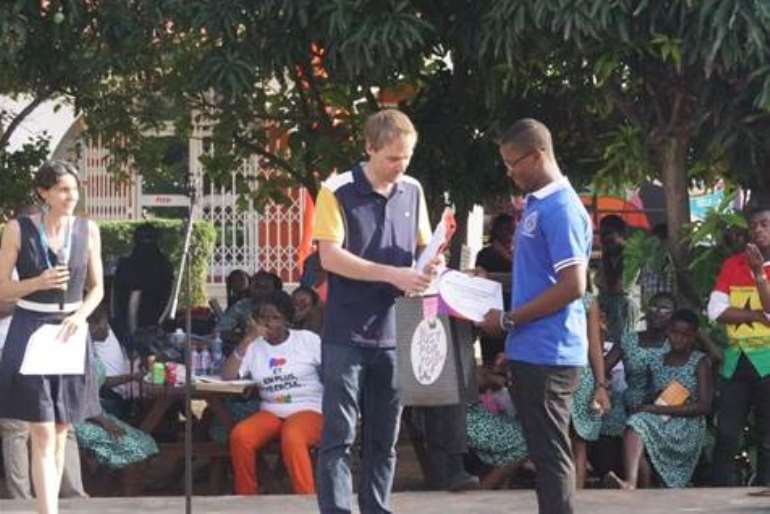 The prizes were presented by Alexandre Foulon, Head of Cooperation, Julie Fournier-Angelo of the French Embassy, Gertrude Nyaku, the Director of Greater Accra Centre for Teaching of French (CREF) and Philip Neequaye, the President of Ghana association of French teachers.

The French language, ranking third among languages for business, has proven to be a very vital skill on the global occupational scene and this facet of the language was brought to the fore during a job skills application workshop organised on 21st March at Alliance Française Accra. 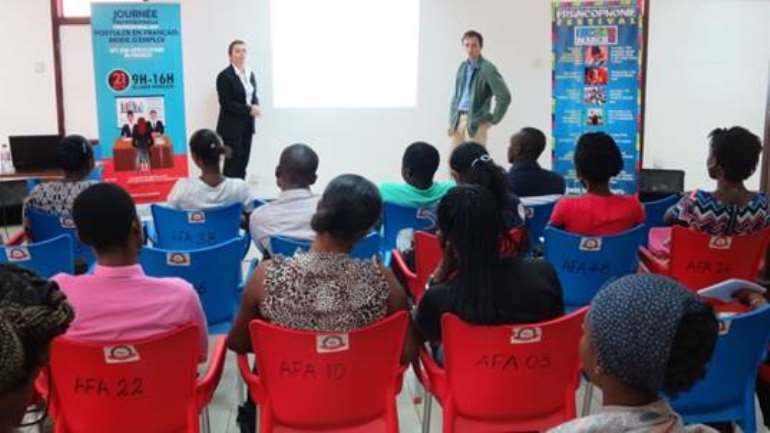 Students and workers alike came to be part of a very enlightening seminar that sought to shed light on job application procedures in French or Francophone work settings. In view of the fledgling number of French companies now based in Ghana, this job skills seminar focused on French-tailored job application procedures, CV and cover letter writing. Facilitators also used the opportunity to clearly delineate differences between Francophone and Anglophone recruitment processes, by pointing out certain errors made by Anglophone candidates while seeking jobs in French companies.

Speaking at the seminar were Julie Fournier-Angelo, the Cooperation attaché for French language at the French embassy, Nina Duval, French lecturer at the University of Ghana, Virgile Satge Deputy head of the Economic Unit of the Embassy and Blankson Boampong, Business Coordinator at Aldelia Ghana. The second part was devoted to one-on-one simulated job interview sessions with participants.

A Franco vision karaoke organized by the Lebanese embassy on March 20th sparked up the enthusiasm of amateur Francophile singers of different nationalities and saw a strong mobilization of the diplomatic corps. 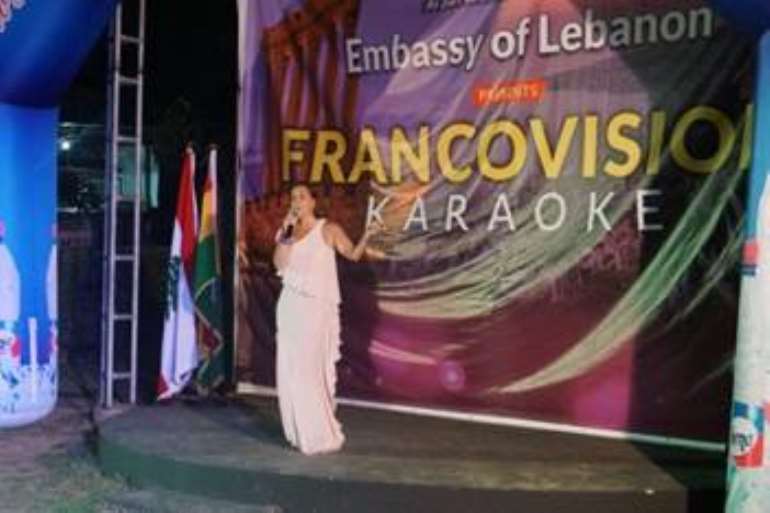 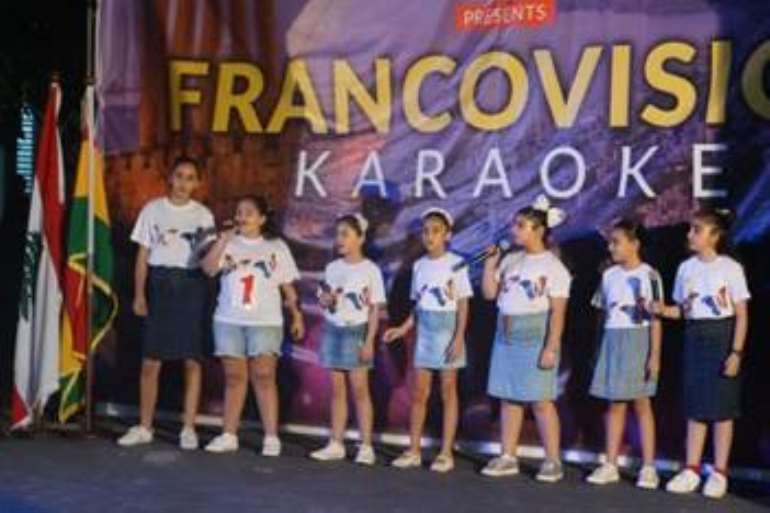 The "Taste of France" organized at the Alliance Française, showcased Provencal specialties to the general public: tasting marinated olives and ratatouille cooked by the chef of the residence of France accompanied by rosé for the taste buds, literary corner and linguistics on the Provencal speech for the meninges and a film screening. 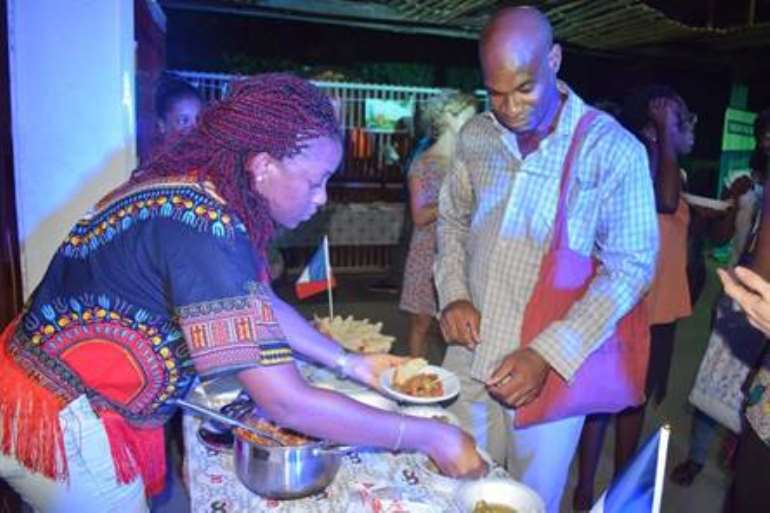 The "French and Fun" day, the first of its kind, mobilized more than 200 students from Ghanaian schools around fun activities in French on March 22nd 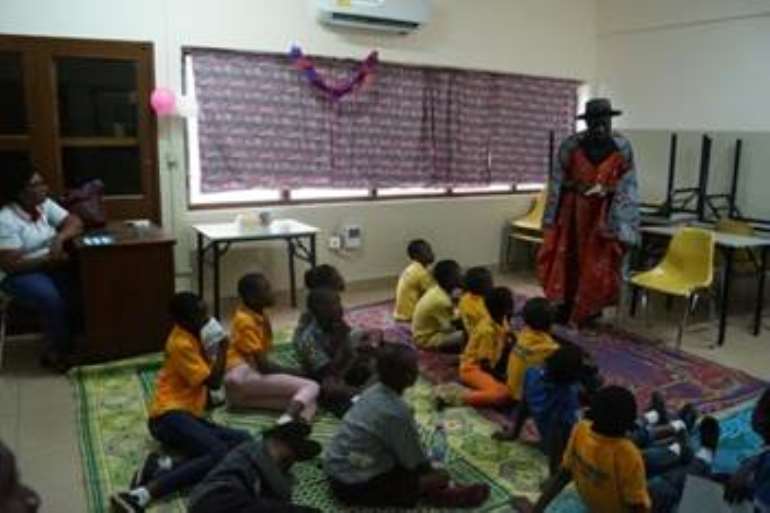 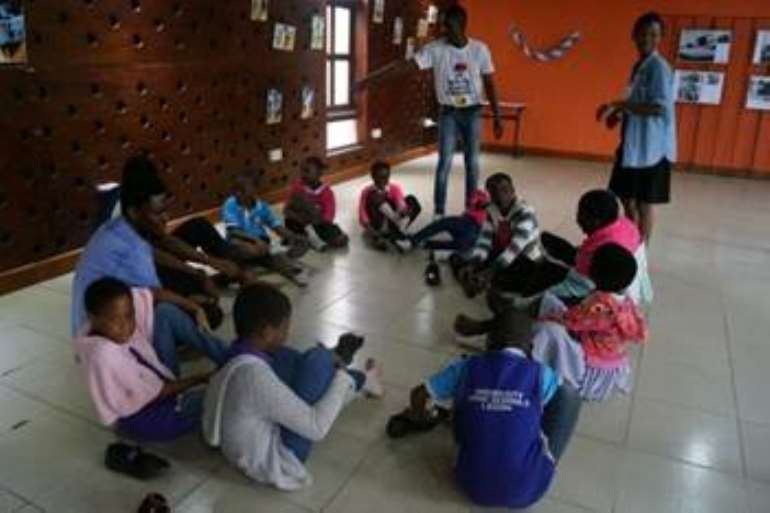 Francophonie on display at closing ceremony

In keeping with what has over the years, become a popular highlight of the festival, a food fair and artefact exhibition came off at Alliance Française Accra on Saturday 23th March, the final day of Francophonie 2019. Besides country-specific stands, there was the notable presence of the sponsors and partners, namely Société Générale, Decathlon, Ibis styles and Wigal among others. Other sponsors for this year’s programme include the Institut Français Ghana, Total, Bolloré, Daily Guide newspaper and the International Organisation of la Francophonie. 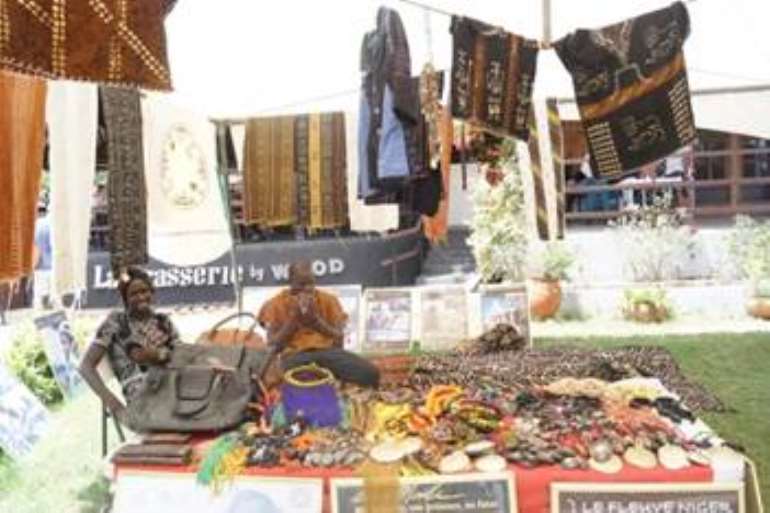 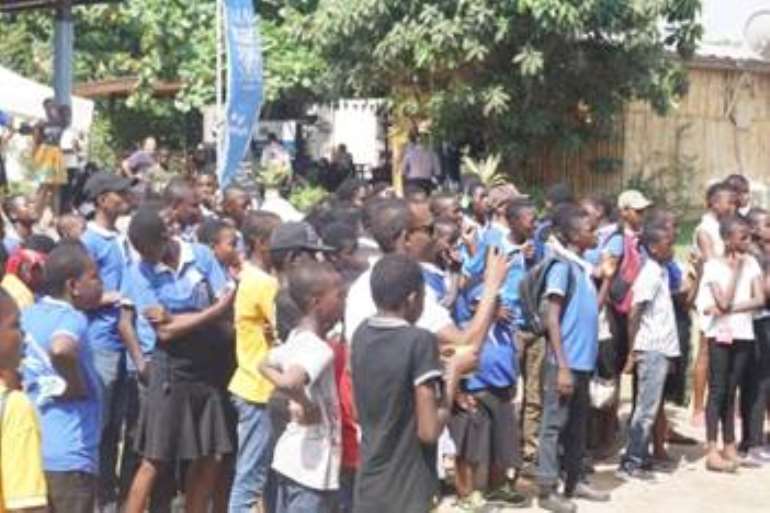 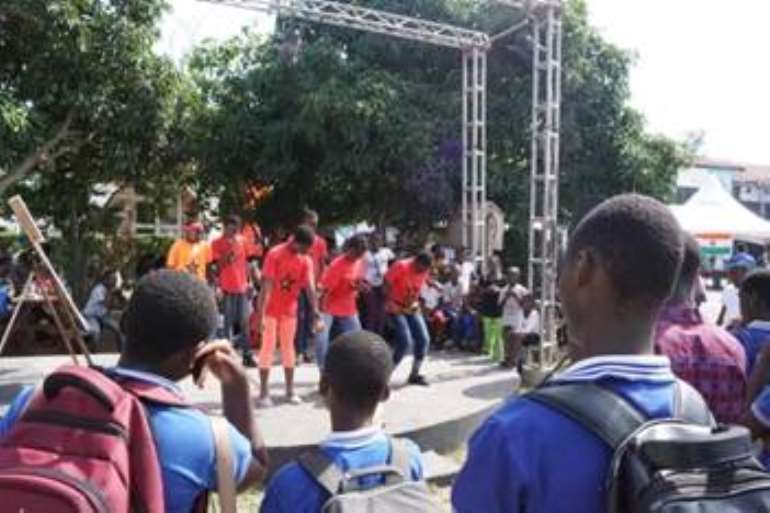 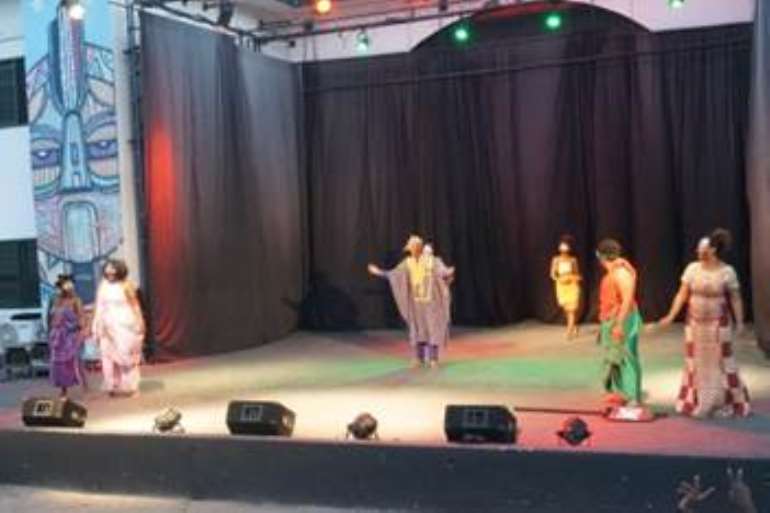 Ivorian comedians, Les Zinzins de l’art, the well-known duo, laureate of the RFI 2018 Talent of Laughs Award, then took to stage and closed the Francophonie week celebration with its humor and irresistible word games. 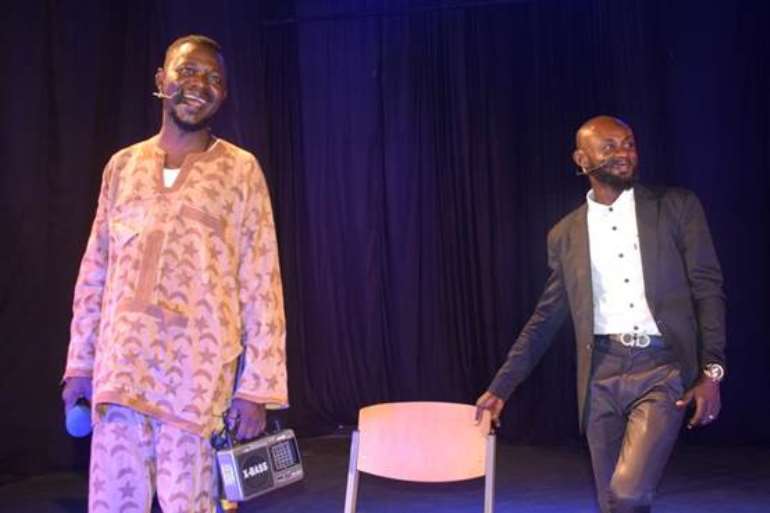 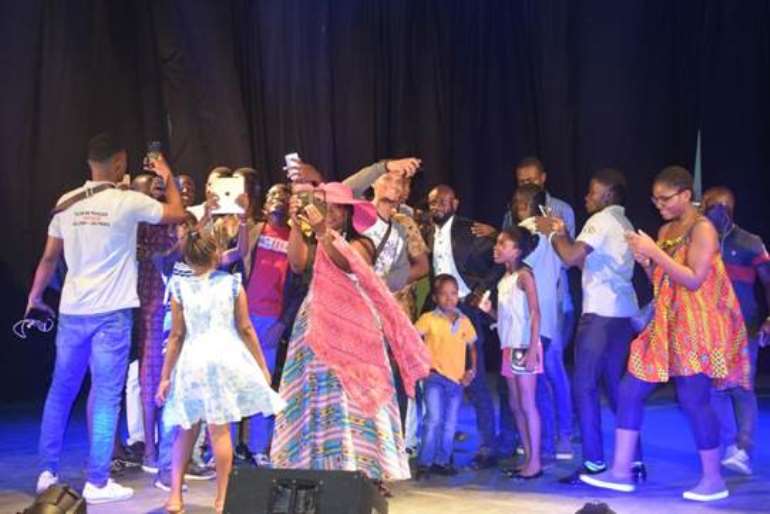