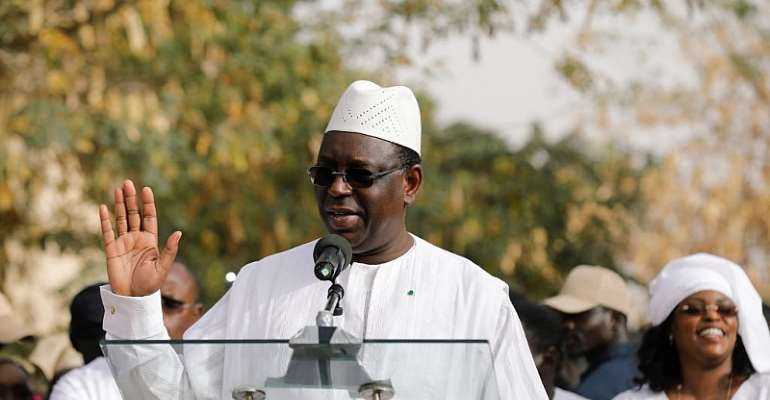 Senegalese president Macky Sall has been inaugurated for his second presidential mandate as leader of the West African nation in a ceremony attended by 15 heads of state.

“Before God and the Senegalese nation I swear to fulfil my duties as president,” Sall declared at the inauguration ceremony in Diamniadio, a new city 32 kilometres from the capital Daka, built as a showcase for Plan Emerging Senegal that was launched in 2014.

Seven members of the Constitutional Council were present for the inauguration, led by council president Pape Oumar Sakho.

“By renewing their trust in you, your fellow citizens have validated your track record and your social protects,” said Sakho during the ceremony.

“The 24 February 2019 election was so special because new economic prospects look set to open up in our country. They have raised the stakes and excited passions,” Sakho went on, in reference to the expected exploitation of oil and gas from 2021 or 2022.

Sall is the fourth president since the country gained independence from France on 4 April 1960. He follows in the footsteps of Léopold Sédar Senghor, Abdou Diouf and Abdoulaye Wade.

Sall won 58 percent of the vote in February's presidential election.

Senegal is regarded as West Africa's most stable democracy, with only peaceful transitions of power since it gained independence from France in 1960.

"You Were Not A Vice President When MoMo Was Introduced 11ye...
20 minutes ago