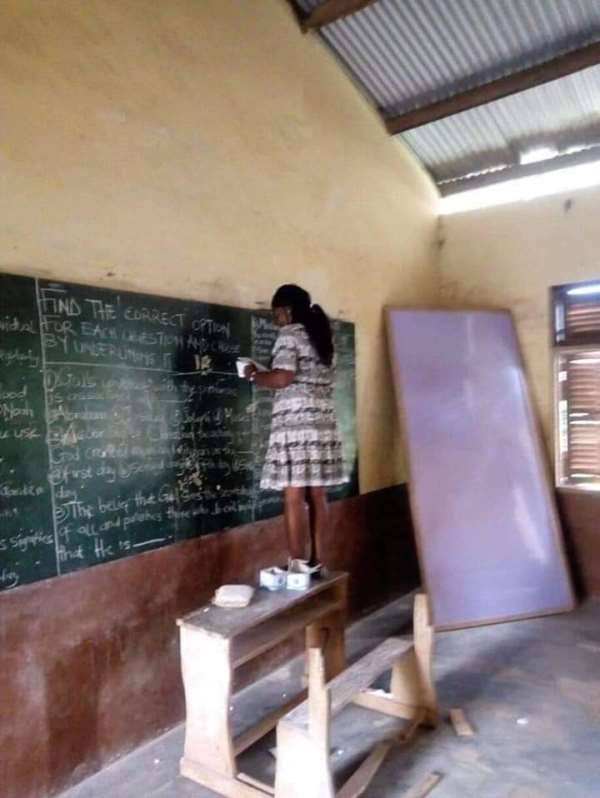 Public basic schools in Mfantseman municipality and Cape Coast metropolis in the Central region are forced to write terminal examination on chalk board.

According to the teachers, the school per the Ghana Education Service (GES) directives have been asked not to collects exams fees.

They said the fees enables them to print the exam papers for the pupil.

Speaking with Kweku Andoh Mends a teacher at Kobina Ansa M/A Basic School in Mfantseman municipality on Radio Central morning show hosted by Benjamin Tetteh Nartey, confirmed the situation that teachers are forced to write the questions on the chalk board for the school kids to answer.

"It is true that teachers in Mfantseman municipality have been warned not to collect printing fees for the second term examinations even though parents at our various PTA meetings have not complained. Those we collected the printing fees we have been asked to refund them and rather write the exams on our chalk board in this 21st century", he said.

The teacher also revealed that Ministry of Education has not given them any official letter asking them not to bring questions but the situation has compeled management to adopt the current practice.

"Up till now we don't have any letter from ministry of education directing us not to print questions but rather write them on blackboards, meanwhile headteachers who flout this are being threatened with demotion and transfer if they do otherwise.

"There is no money allocated in the scanty capitation grant which mandates us to use it for the printing of end of term questions. This therefore means that whilst private schools are doing printed exams in answer booklets, we in the government schools are being asked to write forty (40) objective questions on the blackboard for the pupils to answer on a sheet of paper, meanwhile all of them will write the same BECE", he emphasised. 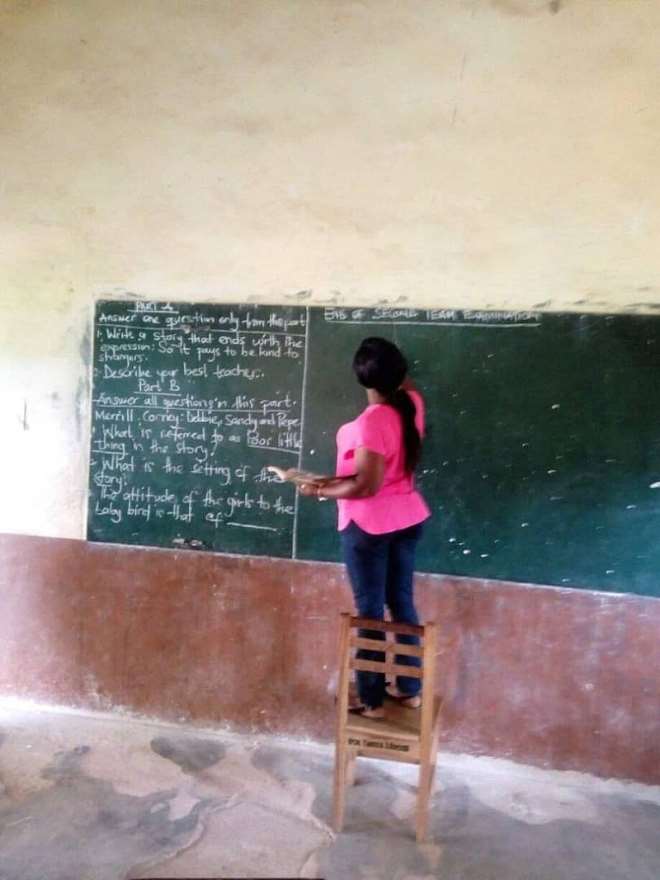 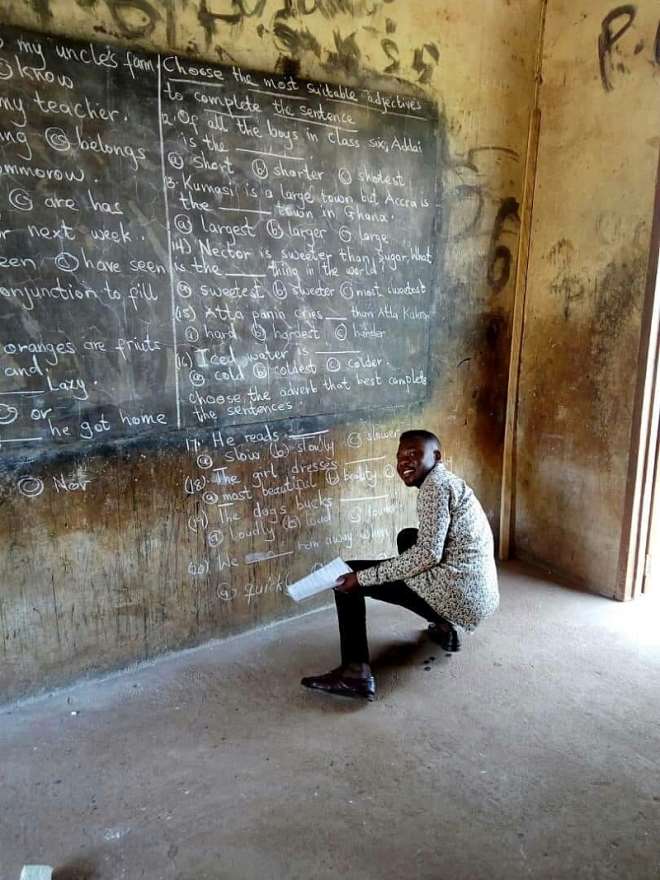 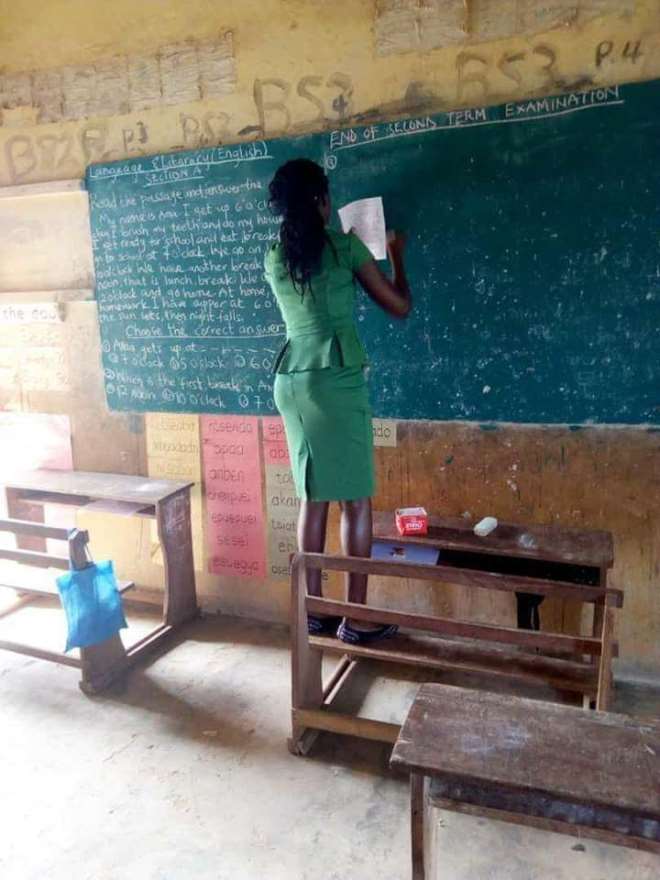