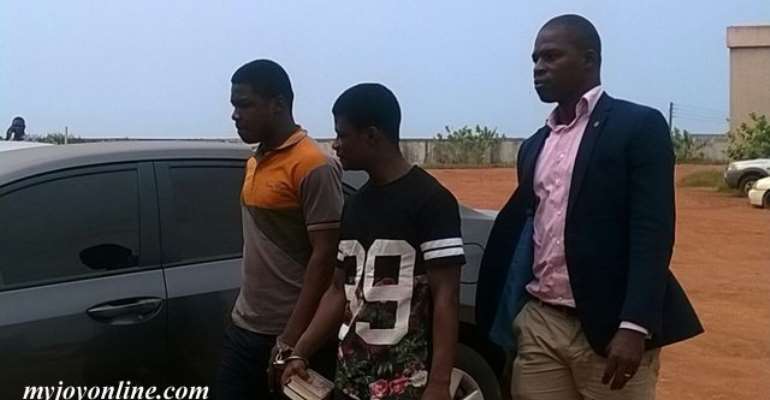 Daniel Asiedu, aka Sexy Dondon the man alleged to have murdered MP for Abuakwa-North in 2016, J.B. Danquah-Adu, has pleaded with the Accra High Court to direct the Ghana Prisons Service to find him a place to sleep.

At yesterday’s hearing of his case, Asiedu, aka ‘Sexy Don Don,’ claimed that there was no space for him to sleep at the Nsawam Medium Prisons, a situation that forced him to stand at night.

He further complained to the court that although he was a remand prisoner, he had been sent to a section for convicts at the overcrowded prison.

“Where I am is full of convicts and is crowded; I don’t get a place to sleep. I have to stand at night. Please tell the prison officers to get me a place to sleep,” Asiedu prayed the court.

In view of Asiedu’s claims, the presiding judge, Justice George Buadi, asked a prison officer, who was in the courtroom, if that was the situation at the Nsawam Prisons.

The officer said he was not aware of Asiedu’s claims and that inmates at the Nsawam Medium Prisons had places to sleep.

He, however, promised to follow up on Asiedu’s claims and brief the court at the next hearing.

Meanwhile, Mr Justice Buadi has ordered the registrar of the court to write to the Legal Aid Scheme to provide a lawyer to represent Asiedu in the course of the trial.

The order followed the absence of a lawyer at yesterday’s hearing to represent the alleged killer.

“In view of the nature of the offence and sanctions that it entails, there is a need to get the suspect a lawyer.

I order the registrar to write to the Legal Aid Scheme to secure a competent lawyer in this matter to represent Daniel Asiedu,” Justice Buadi ordered.

The court had planned to empanel a seven-member jury and also take the plea of Asiedu and Vincent Bosso, the second accused person, at yesterday’s hearing but could not do so due to the lack of legal representation for the accused.

Although Bosso told the court that he still wanted Lawyer Muniru Kassim, the counsel who represented the two accused during the committal at the Accra Central District Court as his counsel for the trial, Asiedu insisted on getting the services of a lawyer from the International Criminal Court (ICC).

According to Asiedu, he did not trust any lawyer in the country and believed that only a lawyer from the ICC could represent his best interest.

In response, Mr Justice Buadi told Asiedu not to have such negative perceptions about lawyers in Ghana because any lawyer appointed to represent him would defend him properly.

The presiding judge also told him that only lawyers called to the Bar and licensed to practise in Ghana could defend him.

Mr Danquah-Adu was murdered in his residence at Shiashie near Accra on February 9, 2016.

Prosecutors have charged Asiedu and Bosso with conspiracy to commit robbery, while Asiedu has been charged separately with murder and robbery.