...And Outlines Antidotes To Adenta Constituency Problems
By News Desk 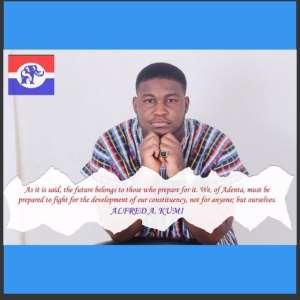 Alfred Kumi, a firebrand and dye-in-wool activist of the ruling New Patriotic Party (NPP) based in Adenta has formally made clear, his intentions to contest in the upcoming NPP parliamentary primaries of the Adenta Constituency and further win the seat in the 2020 General Elections.

According to Alfred Kumi, who was speaking in an exclusive interview with ModernGhana, after the news team got wind of his decision to contest, he believes the time has come for him to serve Adenta having spent most of his life in the constituency.

He acknowledged that Adenta as one of the biggest constituencies in Ghana has developed at a very fast pace but noted that there are still some more issues begging to be fixed.

He is considered to be people's lover and a top crowd pleaser by all standards in the constituency due to his amiable, submissive, humble and easily accessible nature. 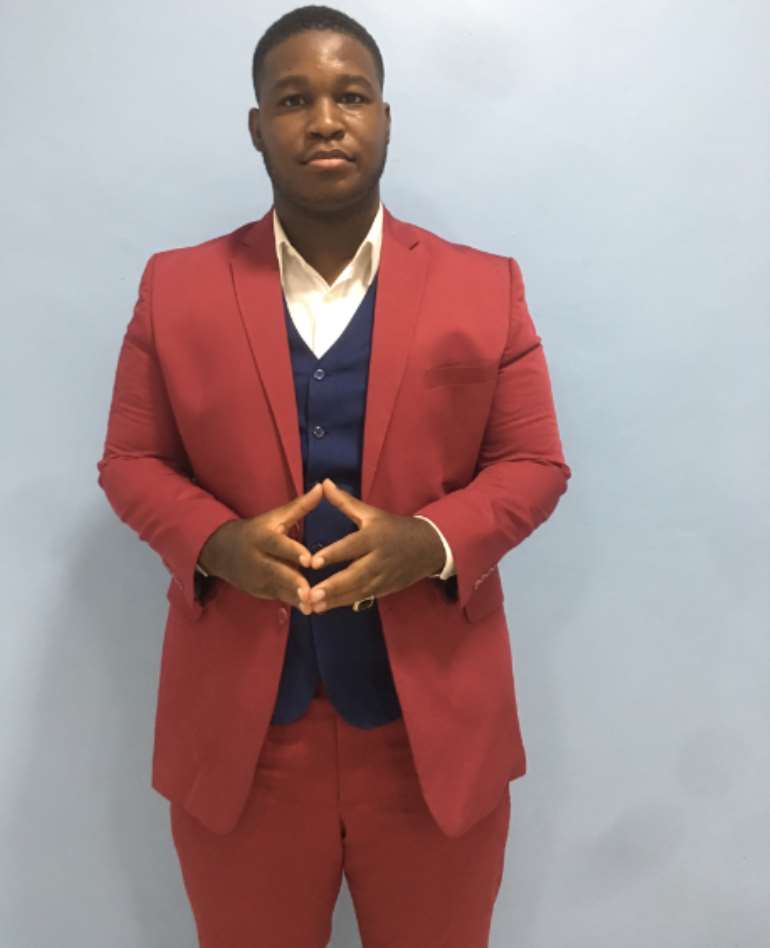 In private life, Alfred Kumi is the Chief Executive Officer (CEO) of Vision Lob as well as the Managing Director of Internship Hub.

As a result of these inherent qualities, Alfred Kumi believes strongly that he would make a complete and perfect legislator.

He revealed that his NPP activism and membership dates back to his senior high school days as well as the University of Ghana, where he was very active and influential within the NPP TESCON.

“While I was in TESCON at the time I was also a member of the NPP Adenta Constituency and I was paying my dues and everything. I was always connected to the party grass roots because I knew that one day a time will come for me to rise up to serve my people,”

Alfred Kumi is seeking to snatch the seat from the incumbent, Lawyer Yaw Buabeng Asamoah.

Asked whether he was ready for the huge hurdle ahead, particularly in terms of resources and all the accompanied

"Officially I have been a member of the NPP for four years now, but growing up my Mother was a die-hard NPP so it is in the blood. I was inspired and have grown to love the NPP. I believe in the principles and the capitalism ideologies of the NPP," Alfred Kumi told ModernGhana news team.

Alfred Kumi said he has the vision to develop not just Ghana but the NPP as a party in order to make the NPP a world class attractive political party.

Touching on the pressing needs of the Adenta Constituency, he identified the decades' long perennial Water problem that has still not been addressed as a top thorny issue.

He said he has developed a very enviable and effective technique as the antidote in tackling tackle the water problem in Adenta.

"At the right time, I will outline those strategies as well as other major interventions on my agenda table," he said.

He urged Ghanaians to be patient with the Nana Akufo-Addo and NPP administration since the President is still within the cleaning process following the huge mess left behind by the erstwhile John Mahama and NDC administration.

He further charged the youth and his constituents to believe in themselves and work hard by doing something to help build a prosperous Ghana.