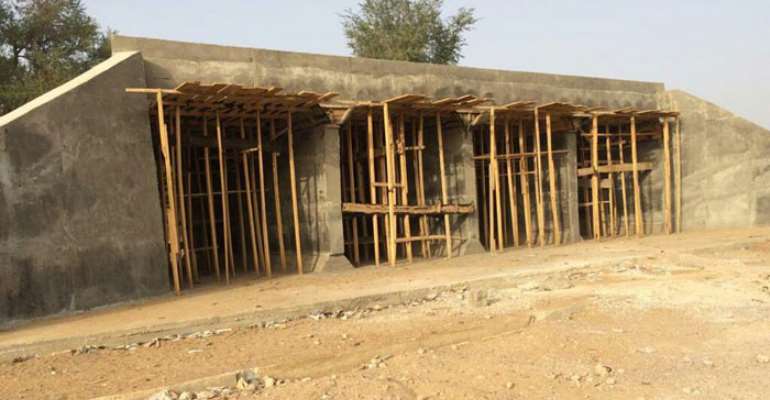 The bridge in its current state

Work on Bongo-Balungu Bridge in the Bongo District of the Upper East Region is about 95 per cent complete, according to the engineers on the site.

It would be recalled that nine months ago President Akufo-Addo cut the sod for the reconstruction of the collapsed Bongo-Balungu Bridge, which links Ghana to Burkina-Faso through the Namoo border town on the Ghana side and Yeliwongo on the Burkina-Faso side.

Construction commenced in August 2018 on the same bridge which was first constructed in 2003.

Work of the bridge and 8-kilometre Bongo-Balungu-Namoo Road is estimated at the cost of GH₵14,000,000.

Due to poor maintenance culture, the bridge started deteriorating, and it collapsed by 2014, but nothing was done until President Akufo-Addo ordered the reconstruction.

District Chief Executive (DCE) for the Bongo District, Peter Ayimbisa, in an interview, said apart from the lives lost, the assembly has also lost a lot of revenue due to the collapse of the bridge.

He said the chiefs and people of the affected area have cooperated with the contractor to get the bridge fixed.

“It's my prayer that our people in every part of the district will extend the same cooperation to contractors working on other development projects to ensure early completion. These projects will bring development to our own communities,” the DCE added.