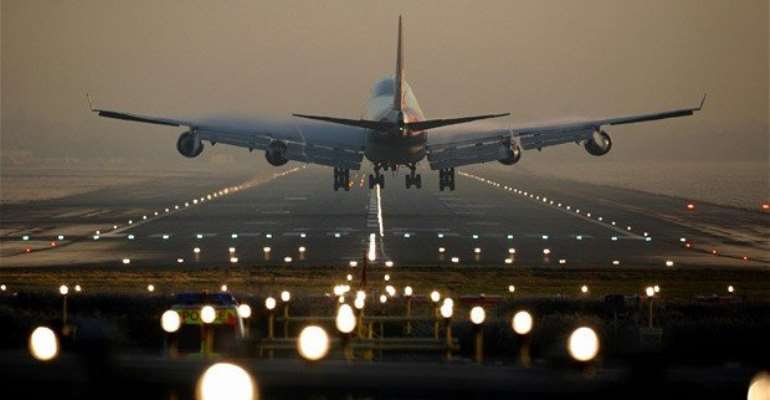 About a year after Starbow Airlines left the scene, two additional airlines - Passion Air and Unity Air - joined AWA in the industry.

Consequently, the current three domestic airline operators are being forced by a new wave of competition to cut prices of airfares to entice customers.

The airline services to and from the four airports have also introduced new products and services in order to avoid the risk of being pushed out of the burgeoning industry.

Further analysis of the data from the GCAA indicates that Kumasi Airport controlled 49.2 per cent of the market and that translated to a total passenger load of 205,962 in 2018.

That of Tamale Airport was 137,496 passengers, representing 32.8 per cent of the annual load.

Takoradi Airport processed a paltry 74,220 passengers, representing 17.7 per cent while Sunyani Airport grew marginally by 0.2 per cent to 932 passengers compared to the other domestic airports in the other regions.

The former Deputy Minister of Aviation, Kwabena Okyere Darko-Mensah, in a separate interview with the GRAPHIC BUSINESS, stated that the government was hopeful that the aviation industry would boom given the growth it had experienced in recent times.

He stated that the Ghana Airport Company Limited (GACL) collected about GHÈ¼475.56 million in revenue from the use of the country’s airport facilities by airlines and their passengers in 2018.

The minister stated that the growth meant that measures by the government to develop the country's aviation industry were already paying off.

He mentioned the removal of the 17.5 per cent value added tax (VAT) on domestic airfares as one of the measures which had led to an increase in the number of domestic air transportation.

Also, Mr Darko-Mensah attributed the growth to the increasing competition between AWA and Passion Air in the domestic space.

"Passion Air for instance is able to carry more than 1,300 passengers per weekend and this is accountable for the 36.98 per cent rise in revenue for the GACL.

"On the international front, we have made things seamless in a way that an individual who intends to travel to Dubai but lives in Kumasi, Takoradi or Tamale to do so easily by using Kotoka International Airport (KIA) as a transit point," he added.