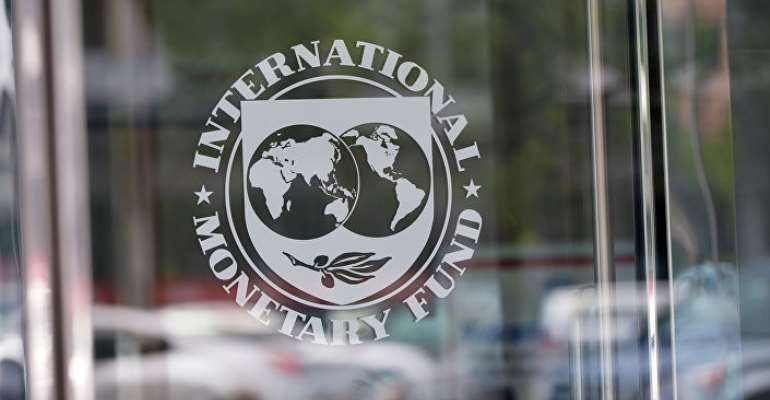 The Executive Board of the International Monetary Fund completed the seventh and eight reviews under the Extended Credit Facility (ECF) support arrangement.

The completion which was on Wednesday March 20, made available to Ghana the cumulative amount of Special Drawing Rights (SDR) 132.84 million (about US$185.2 million).

IMF in a news release last month, stated that “Considering the authorities' resolved to tackle difficult reforms, the Executive Board also approved the authorities' request for a waiver of the nonobservance of a few program targets.”

According to the release “the arrangement aimed to restore debt sustainability and macroeconomic stability in the country to foster a return to high growth and job creation, while protecting social spending.”

Tao Zhang, Deputy Managing Director and Acting Chair, is quoted as saying “the authorities have achieved significant macroeconomic gains over the course of the ECF-supported program, with rising growth, single digit inflation, fiscal consolidation, and banking sector clean-up. Continued macroeconomic adjustment should underpin these improvements, as the 2020 elections approach.”

It said “In a sign of the authorities' commitment to fiscal consolidation, the end-2018 fiscal targets were met. Sustained fiscal discipline is needed to reduce financing needs and anchor debt dynamics. As stronger revenue mobilization is critical, the submission of the tax exemption bill is welcome, but needs to be complemented by efforts to strengthen tax compliance. Fiscal space is needed to support priority programs, while off-budget expenditures should be avoided.”

“Progress on structural reforms needs to be intensified. Plans to improve public financial management and supervision of state-owned enterprises (SOEs), the establishment of a fiscal council, and the fiscal rule are welcome. Stronger monitoring of fiscal operations, including for SOEs, will help mitigate fiscal risks.

“Debt management has improved, though reliance on foreign investors has increased Ghana's exposure to market sentiment and exchange rate risk. Debt collateralization and revenue monetization should be limited to avoid encumbering revenues. Planned infrastructure projects should be transparently managed, be consistent with debt sustainability, and ensure value for money.

“The authorities deserve praise for strengthening the banking sector and for resolving nine banks. Completing the financial sector clean-up, as planned, will support the provision of adequate and affordable credit to the economy.

“The Fund congratulates the authorities for successfully completing the ECF supported program and stands ready to support Ghana in its quest for economic prosperity.”

The ECF is a lending arrangement that provides sustained program engagement over the medium to long term in case of protracted balance of payments problems.

Ghana’s Finance Minister, Ken Ofori-Atta, said Ghana would maintain the fiscal disciplines introduced during the deal even though it was exiting the programme.

He said the country has had a great relationship with IMF over the years and that the rigours of reviews will continue even through “there is no money on the table.