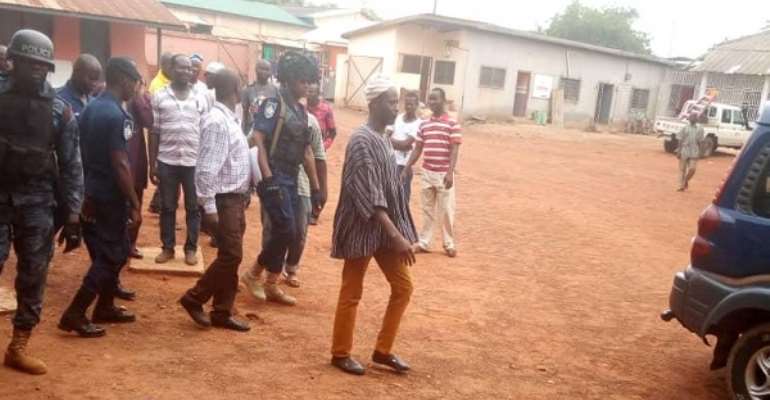 The Assembly Member for the Vittin Electoral Area, Yakubu Rufik has been arrested by the Northern Regional Police Command over an alleged assault on a staff of the Northern Electricity Distribution Company (NEDCo).

As a result of the assault, the Vittin area went without electricity for two days, forcing Chiefs and opinion leaders of the area to plead with management to restore electricity to the area.

The suspect was arraigned before the Tamale District Court and remanded into police custody by His Worship Issifu Amadu.

The complainant in the case, one Abdul Rahman Issah , a NEDCo maintenance mechanic, was assaulted by the suspect when he and other workers were on duty at the Vittin area.

Management of NEDCo reported the incident to the police and a medical form was issued for the victim to undergo treatment.

Subsequently, the suspect was issued an invite to appear before the Tamale district court.

According to the staff of NEDCo and the Criminal Investigation Department(CID), when the invitation was issued to the suspect, he said he would not appear before the court, adding that he had people from government supporting him.

The Vittin assemblyman therefore failed to appear before the court.

The court issued a bench warrant for the assemblyman which led to his arrest today.

The complainant is praying the court to let justice prevail to deter other people from taking the law into their own hands.